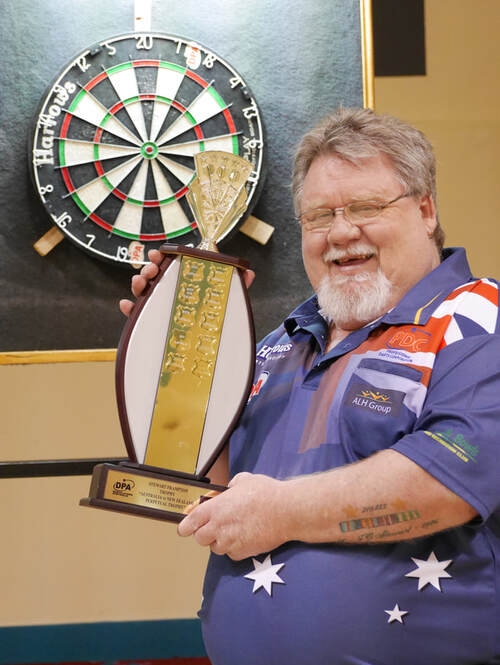 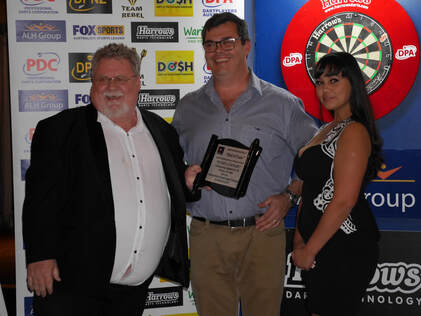 Russell Stewart used to come onto stage accompanied by great Australian songs by the likes of ACDC and INXS and included ‘Downunder’ as one of his entrance themes. It was evidence of how proud he was to be Australian in a sport many defined as English. Together with the likes of Tony David and Wayne Weening, he smashed through overseas barriers to create darting pathways for so many Aussies in the years to come. Throughout his career he was Aussie through and through and remains just as passionate about his country to this day.

Stewart was a big deal in the UK, in 1989 he was better recognised across London than his local streets around Canberra. He played against some of the greatest of all time in a period of great change for the sport of darts.

Stewart is a jovial man. He may never have won a BDO or PDC World Championships, Tony David the only Australian to have done that to this day, but he jokes that he was very influential in their history. After all, as he jokes, he was instrumental in Phil Taylor’s first world championship, losing 3 set to 1 to ‘The Power’ in the opening round of the BDO World Darts Championships. The year before he was number two in the world so he was favourite for the match but just became another big name to fall as the Taylor phenomenon rose.

Stewart had grown up in a darting family, his father, having emigrated from England as a ten pound Pom, played darts for Australia. He enjoyed the game, although as a youngster he had to wait to enjoy success, as he had to be before entering into licenced clubs to play the majors.

He had already won an overseas tournament by age 24, the Scottish Open, and had been part of the World Championships that same year – held in Stoke (losing 2-0 to Peter Locke in a tournament won by Eric Bristow, who beat Locke in the Quarter Finals.) In 1985 he had been a quarter finalist in the World Masters (losing 2-1 to Tony Payne.) Three years later he would repeat that feat, this time taken out by eventual losing finalist John Lowe.  The same year, Australia’s bicentenary, he made the final of the richest tournament in the world at the time, the Tokyo World Darts Grand Prix. He took out Robert Mackenzie, Paul Lim and John Lowe along the way until he fell to Eric Bristow in the final.

In 2008 he won the trophy that had his name on it, winning the Russell Stewart Classic, before putting two near misses from the previous two DPA Oceanic Masters behind him and winning the event, thus qualifying for his very first PDC World Championships. He lost in the first round proper to Adrian Lewis which meant Aussie fans missed out on the first head to head Australian match in the PDC World Championships, as Paul Nicholson instead went on to beat Lewis in the next round.

Stewart’s representative career was still progressing as he became captain of the PDC Australian team and over the years his Aussie teams have had some tough battles with their Kiwi counterparts for the Frampton-Stewart trophy. He also continued to be a part of DPA events and enjoyed still being competitive in them. Stewart was the inaugural entrant into the DPA Hall of Fame.

​As he hands over the captaincy of the national team Stewart will still be welcome at the oche anytime he comes along. He has achieved so much more along the way than just the above, but the things that have remained true along the whole journey is that he is an outstanding darts player, a very proud Australian, a friend and mentor to so many and, most importantly, a brilliant man.
​ 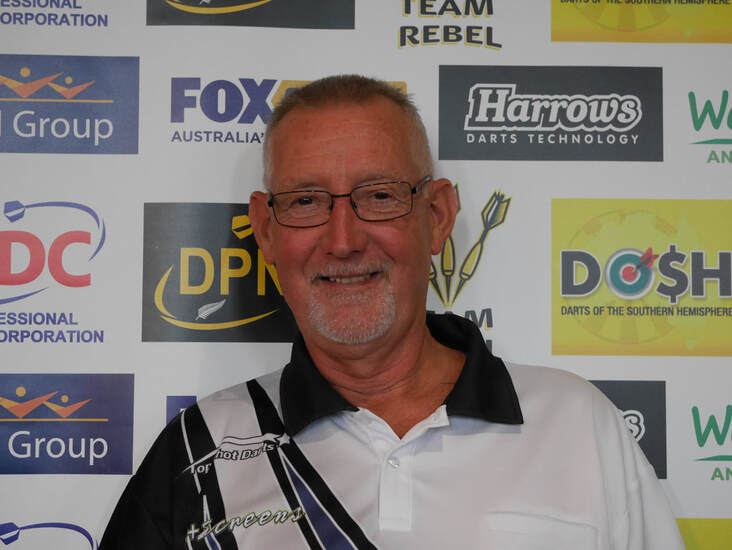 Steve Duke on being inducted in 2017:

"I love the game of darts. I have been playing for 40 years now and it sort of keeps me young. I know I can still play at the best level and beat a lot of young blokes. I get called a legend at work and darts and so I have stuck with that and it is now my nickname, the legend.

I have seen the game change at all levels, the top level players move with the game and progress and even at the lower levels the bread and butter players where we all started. The big thing is the darts on TV. The PDC, DPA and Foxtel has brought the game to the general public. I was playing overseas when it was just the BDO, and no coverage out here, people in Australia are now watching the darts on Foxtel and love it. It is a pity they cant give us a bit more on free to air TV.

​I am getting older and more tired, and that lets me down these days, I throw some good darts. I want to do something I love until the very end. Darts is our game, and it is my game and I will promote it wherever I go." 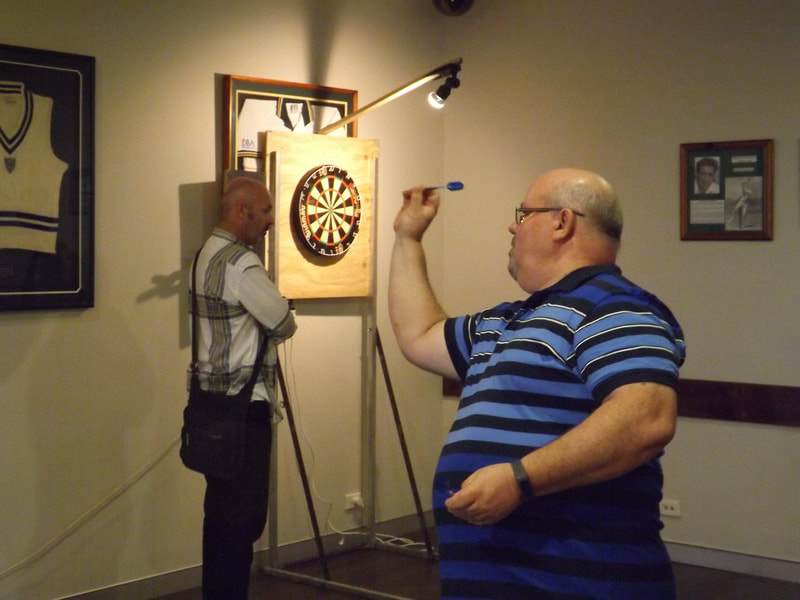 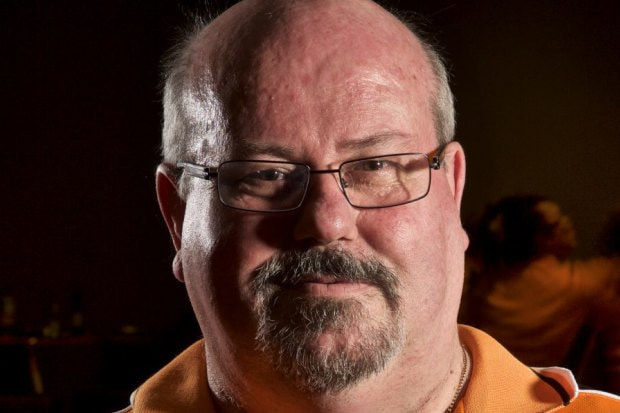 Brian Roach on being inducted in 2017:

I first started in the game as my wife’s brother and his wife were well into darts. We went to their place and would play a social game on a board on their kitchen door. They then invited me to play a comp and I joined a C grade team with Mortdale RSL. It all went on from there, I was playing Wednesday nights and Dave Marland invited me to come and play with him on Tuesday nights. I did and this opened up more of the tournament scene as it was an affiliated competition. I decided to play super league with Marlo and my career kicked on from there. I found out about the state team and a few years later made it and stayed there for a decade. It was some of my best darting years and I had some great times going away with the Darts NSW team in a super competitive era. I practiced hard and played a couple of times a week and darts became all consuming for a while and eventually it led me to playing overseas.

In 1998 I won two matches in the World Masters and lost to Ted Hankey in the third round, it was a real eye opener to the level played overseas but I believed Australia was not all that far behind. The people I met were in England super supportive and it was a great experience. I found in England there were one hundred people ready to take the next spot, the depth was amazing.

​I went back to play in the PDC World Championship at the Circus Tavern and that was a great place to play, a real experience. I went with my wife for a month and attended every session of the darts. It really delivered, watching Phil Taylor enter for the first time was amazing, he played David Platt that night. It was massive with 4 – 5000 people in full voice and we really did not get the exposure to it in Australia until until Simon Whitlock made the final year later.

I stayed with Warren Parry who was also playing that year and he was a great guy. Playing Wayne Mardle was pretty overwhelming and I did not stick to my normal preparation which cost me dearly. I think that affects a lot of people who go over there to play, I have played on stage here but nothing quite prepares you for that.

Darts on TV has helped increase the standard of play, it is lifting all the time all around the world. The amount of players who can now win a tournament is mind boggling. There are no easy boards, everyone can play and you have to give everyone the respect they deserve. Darts has been an incredible part of my life not only because of the game but also because of the people I have met, playing in the DPA again recently has really been fun as I have caught up with so many people and seen the new generation of players fearlessly coming through the ranks. 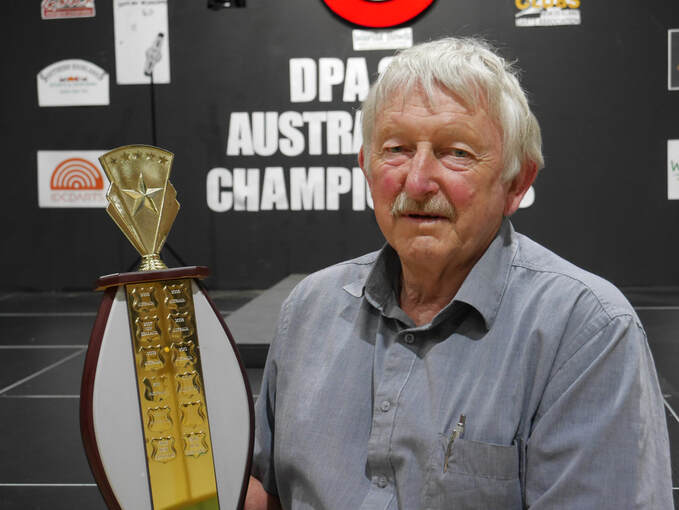 Dale Frampton threw darts for the first time in competition at 13 when Southland Darts selector Warner Ellis, identified his talent.
He had been throwing all his life having grown up in a house where his mother had been NZ Womens champion.

After missing out on third grade Rugby team representative selection he took on darts seriously.. He has won multiple Southland and South Island titles and was four times runner up for the New Zealand mens singles title

He won the inaugural New Zealand Open in 1983, and then won it again in the following year.

Dale has been a selector at all levels of darts in New Zealand.

Former President and life member of the Southland Darts Association 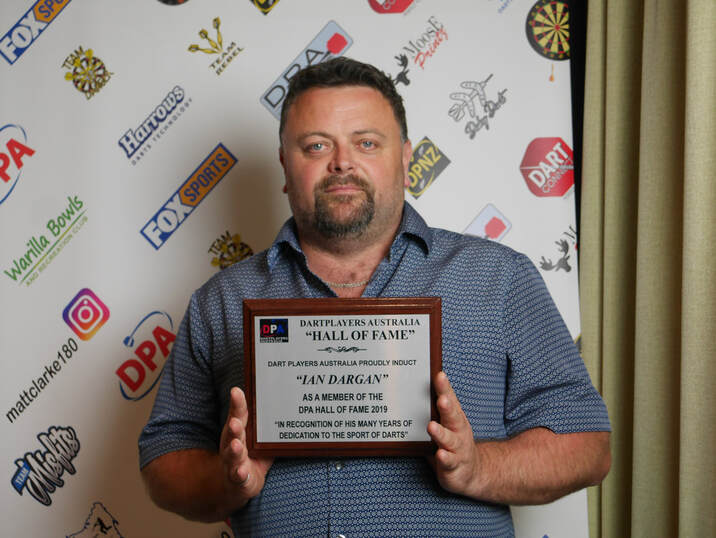 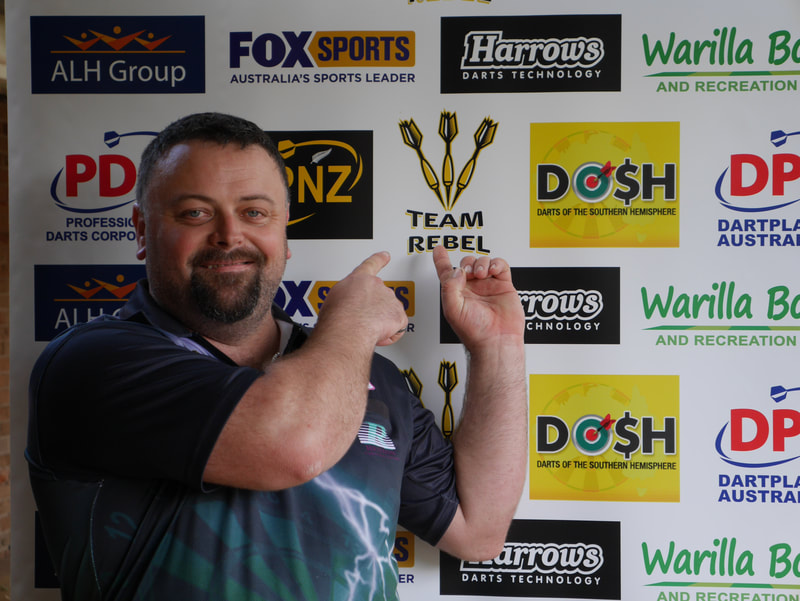 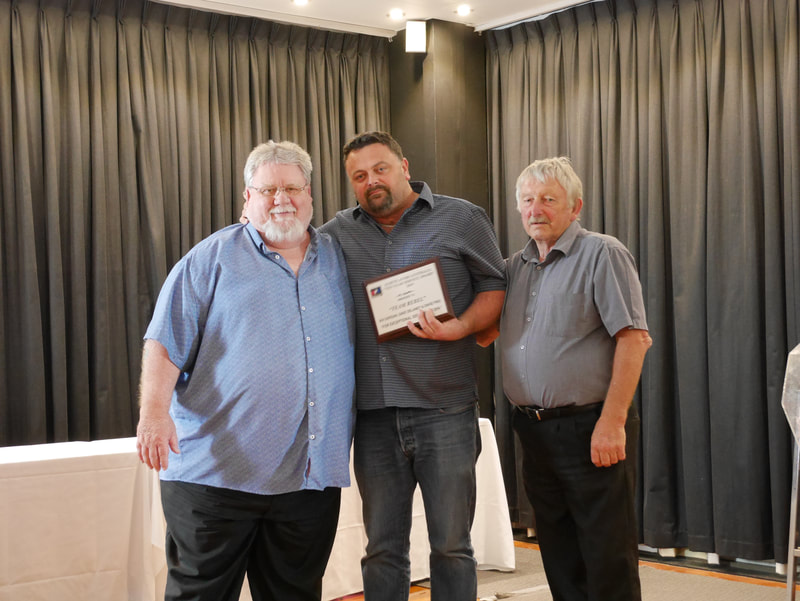 He first learnt about darts when his dad took him down to the pub and had a game, Dargan was hooked! He played around Cork in Ireland and won a few local events.

At the time Irish residents were able to play PDC Pro Tour events in the country and Dargan did so on several occasions, in Kilarney, so was able to play many professionals from the UK.

In 2003 he backpacked around Australia and in 2004 he and a mate won a local pairs title in Melbourne and this kicked off Dargan’s darts in Australia. He joined the DPA and has played across the years, making three semifinals on tour and has made the quarter finals of the Oceanic Masters.

In 2009 he helped found Team Rebel. His first players being Rob Modra and Sean Reid. Dargan and Rebel have seen many players get on the World Championship stage through their support. His aim in helping create Team Rebel was to enable more players to play the game nationally and help see their dreams fulfilled in the game.

Dargan is seen as a players advocate no matter whether they are a member of Team Rebel or not and players and officials all over the country seek out advice. He has also helped put together many tours for professional players to come out here, the first event being Simon Whitlock in 2009, the year he would go on and make the World Final.

Alongside Team Rebel colleagues Pikey and Dela many a stage has been set up by Dargan for darts events across Australia, including all the World Series events in Australia and New Zealand.

Dargan continues to travel to events to help manage players and as he has stepped back from playing as much his time has been put towards identifying young talent and helping them step up to the next level for their darts. His contacts in the UK have been instrumental in some Australian players succeeding in the UK and he is looking to this continuing in the future. He recently started darts 180 and continues to be a big part of Team Rebel so that he can continue to help players play the game at the highest levels.