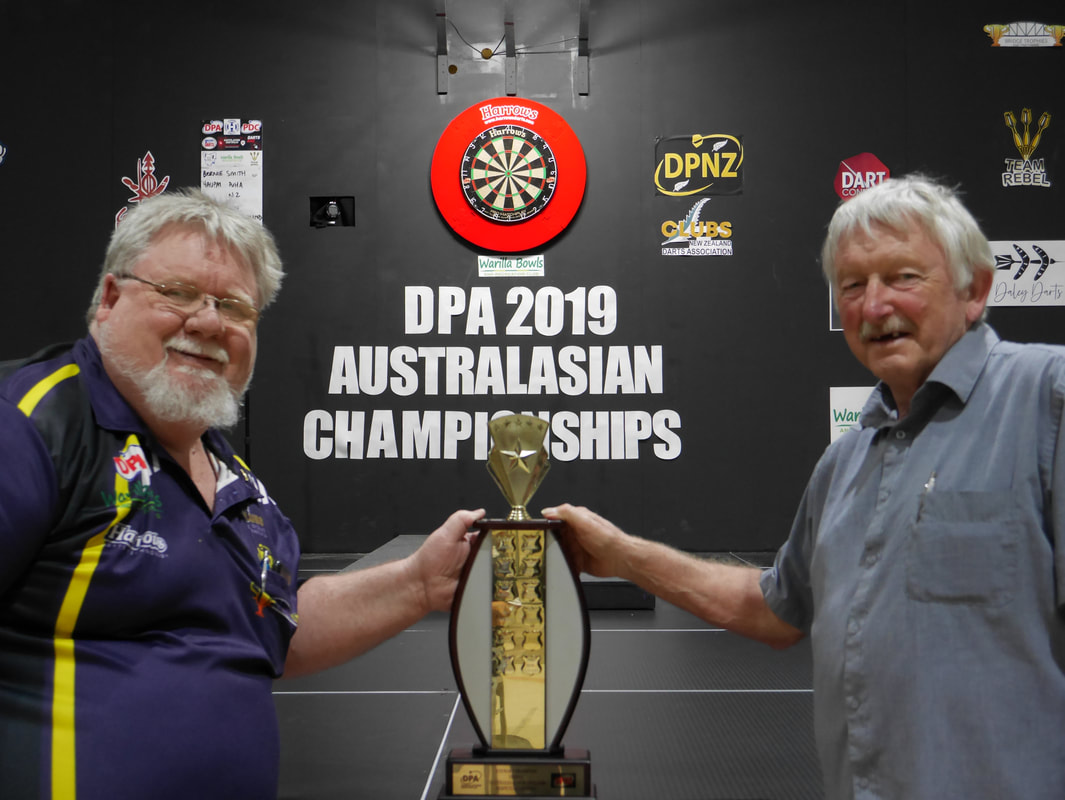 ​Australia reclaimed the Frampton Stewart Trophy from New Zealand at the Warilla Bowls and Recreation club with a comprehensive win over the Kiwis on Friday night. All three sections, the mens, the ladies and the youth, saw wins for Australia over New Zealand, with the final tally reading 42-13.

The men started with a 3-1 win from inform pair Steve Fitzpatrick and Robbie King over Mark Cleaver and Tahuna Irwin. Seconds later it was 1-1 as Hapuai Puha and Alex Wade defeated James Bailey and Mick Lacey in a final leg decider (on throw.) King and Fitzpatrick then survived their own final leg decider (again on throw) against Puha and Wade to move the Aussie men back in front before Bailey and Lacey survived a comeback from Irwin and Cleaver (having been 2-0 up Irwin and Cleaver won two straight legs but failed to take out the deciding leg, indeed a 15 dart leg at that point from the Aussies was against the throw.)

In the singles the opening match saw Fitzpatrick and Irwin hold throw until what would be the last leg with the Tasmanian breaking his opponent’s throw to win 3-1. James Bailey then whitewashed Puha 3-0. Cleaver held throw on his opening leg before Lacey spun off three legs in a row to win his match. Robbie King then won his match 3-1 against Wade before holding throw in a final leg decider against Puha for another win. Fitzpatrick then completed the same feat against Cleaver, as Lacey defeated Wade 3-1. Irwin then lost in a final leg decider as James Bailey held his throw to win 3-2. Haupai Puha then broke the Kiwis mens singles duck by defeating Mick Lacey 3-1. Robbie King stopped the rot as he defeated Irwin 3-1 and Fitzpatrick consolidated this with a 3-0 win over Wade. Cleaver then defeated Bailey despite the Aussie winning the first leg of their match and Fitzpatrick had another whitewash but this time the result went against him, against Puha, for the Kiwi men to secure their fourth win of the event. King countered that with a 3-0 win over Mark Cleaver. Tahuna Irwin took an early two leg lead but in a great feat for a five leg match Mick Lacey was able to turn it around and take their match 3-2. James Bailey then came out and the mens draw was complete with his 3-0 win over Alex Wade.

The final result for the mens was 16-4, in favour of the local Australian team.

Kiwis Chenesse Kauika and Megan Winiana defeated Emma Watkins and Jayne Marshall to win the opening doubles match in the ladies side of the draw. The 2-0 win was then matched by Aussies Amanda Loch and Rebekah Pinder over Tara Mears and Desi Mercer. Locha and Pinder then made it two from two as they defeated Kauika and Winiana 3-1 before Watkins and Marshall secured the same scoreline in their match against Meers and Mercer.

In the singles Mercer won her opening match 2-0 over Loch before Marshall secured a singles win for the Aussie ladies with a 2-1 win over Kauika. Aussie’s Pinder and Watkins then won their singles matches 2-0 (over Winiana and Mears respectively.) Watkins then backed it up with a 2-0 win over Kauika before Pinder did the same, this time against Mears. Mercer returned fire for the Kiwis with a 2-0 win over Marshall before Loch put Winiana away 2-0. Megan Winiana struck back in her next match though, as she defeated Marshall by holding throw in the deciding leg. Amanda Loch then came from a leg down to beat Tara Mears 2-1 before Pinder backed up the result by winning her match against Kauika 2-0. Emma Watkin’s match against Mercer went all the way but the Tasmanian held throw to win 2-1. Tara Mears then won her match against Marshall 2-0 before the Aussies righted the ship once more as Loch (3-1 over Kauika), Pinder (2-0 over Mercer), and Watkins (2-0 over Winiana) all secured their last wins.

The final result was 15-5 to the Aussie women.

The youth’s opening matches saw Aussie’s Vanessa James and Vanessa Jago defeat their Kiwi opponents Ashlee and Nicole Regnaud 3-2 in a match that went down to a deciding leg where both teams had multiple darts for the win. Josh Walters and Eric Pu then defeated the talented Jamie Rundle and Tremaine Gallagher team 3-1, with the Aussies unable to secure another leg after holding the first on throw. Walters and Nicole Regnaud put the Kiwis back in front once more with a 3-0 whitewash against Gallagher and Jago before Ashlee Regnaud and Pu fell to Rundle and James in the final leg to lose 2-3. Rundle and James then doubled up by defeating Walters and Nicole Regnaud 3-2 in a match where they came from 2-0 down. Jago and Gallagher then secured their first win as a pair in this tournament with a over Ashlee Regnaud and Pu 3-1.

In the singles Gallagher overcame being down after the first leg to win his match against Pu 3-1. Rundle then completed the same feat against Walters. Nicole Regnaud white washed Jago as James reversed the result against Ashlee Regnaud. Rundle and Gallagher then secured further wins for the Aussies (3-0 over Pu and 3-1 over Walters respectively.) Nicole Regnaud then beat James 3-2 before Jago also took her match to a deciding leg where she outlasted Ashlee Regnaud to secure a final singles victory for the Australians.

In the 1001 team youth match the Aussies took the final win of the Youth part of the event, securing an 11-4 result over the Kiwis. 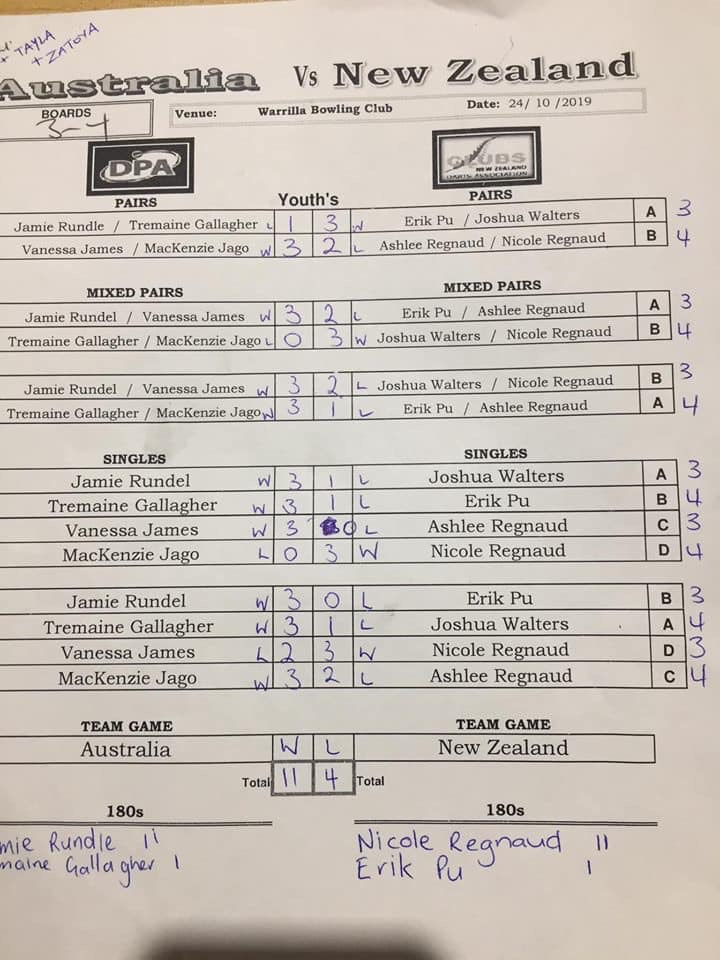 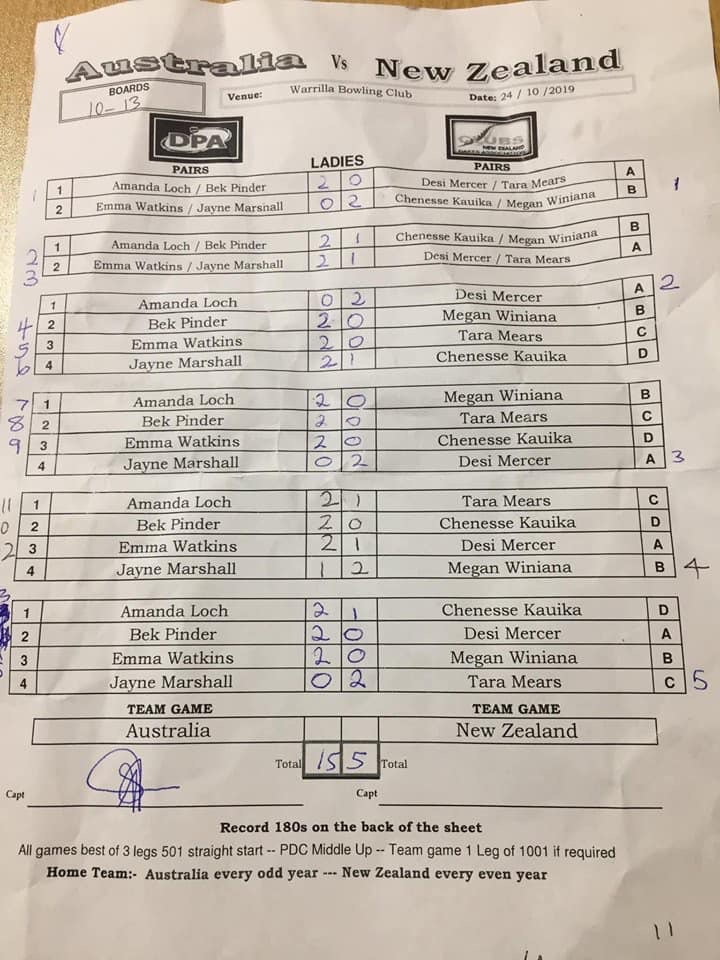 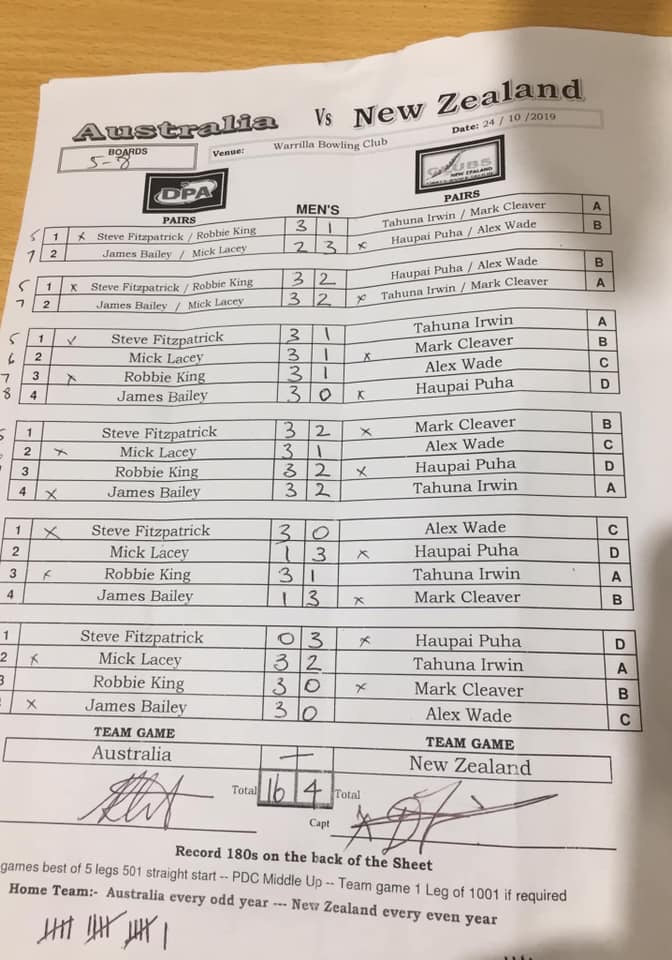 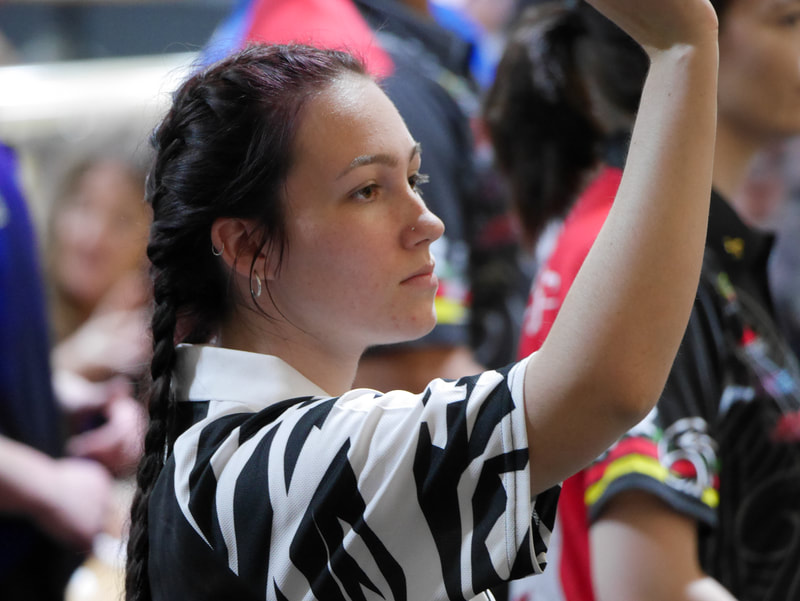 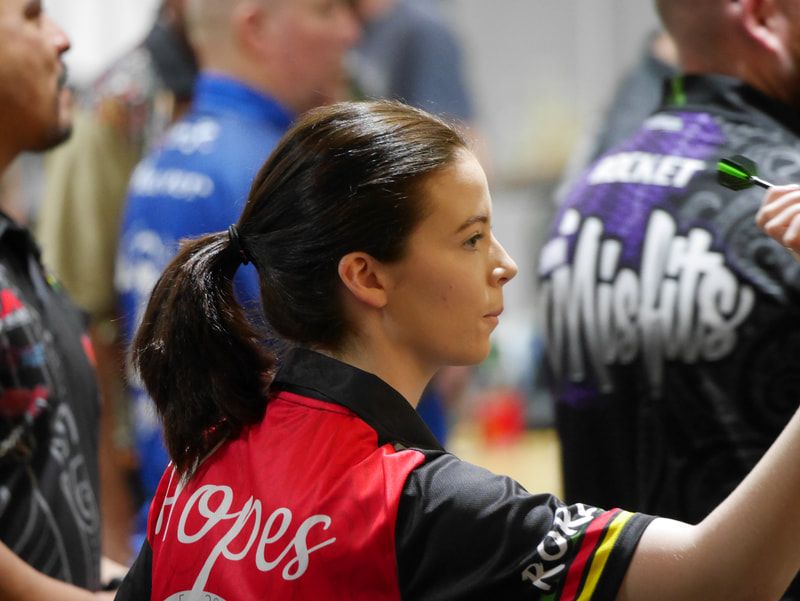 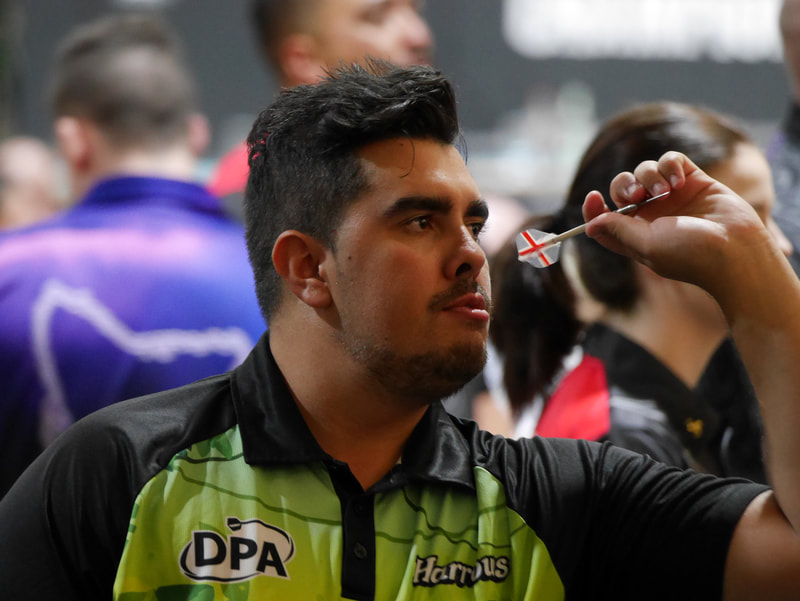 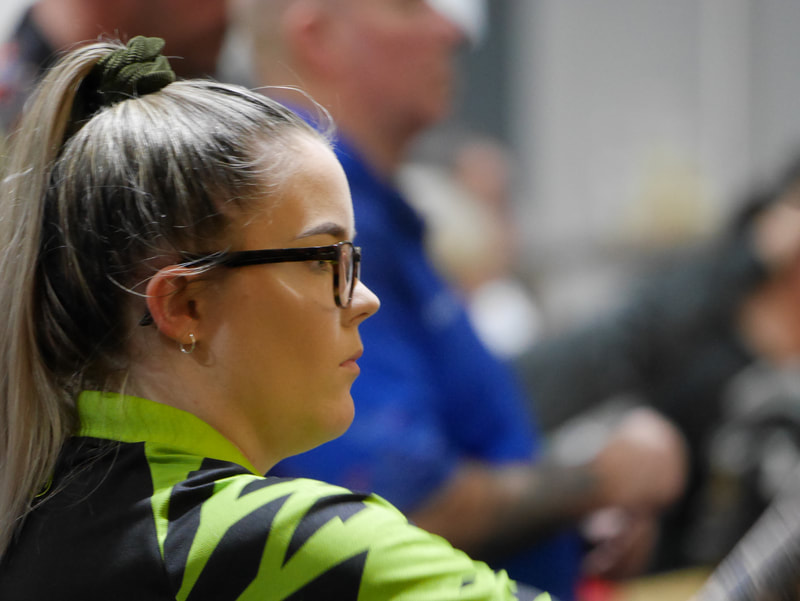 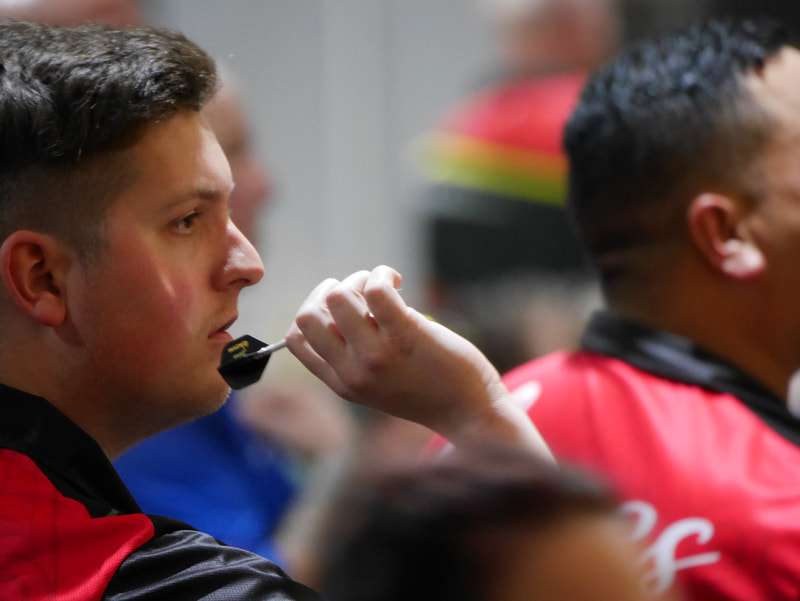 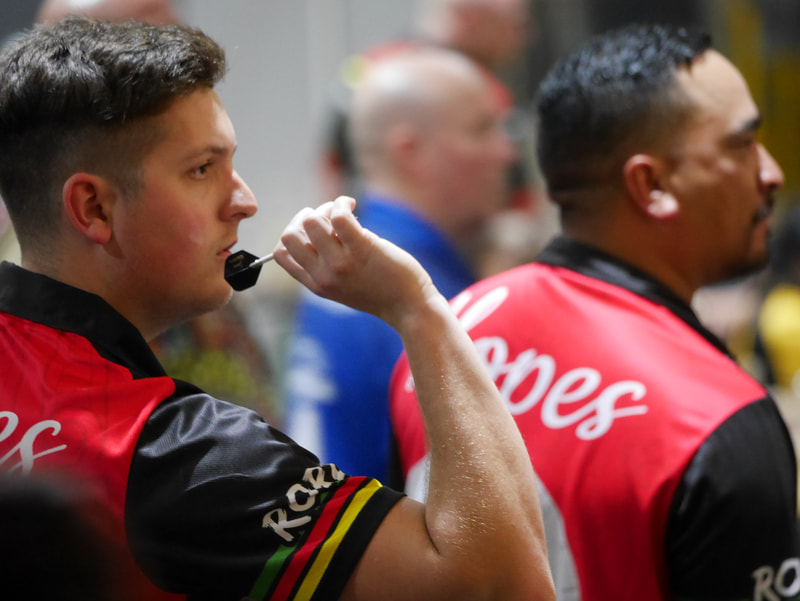 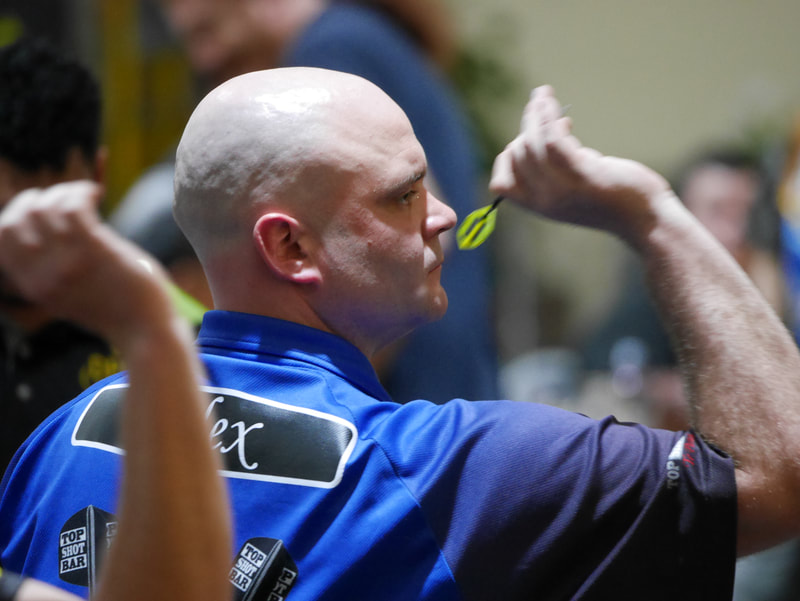 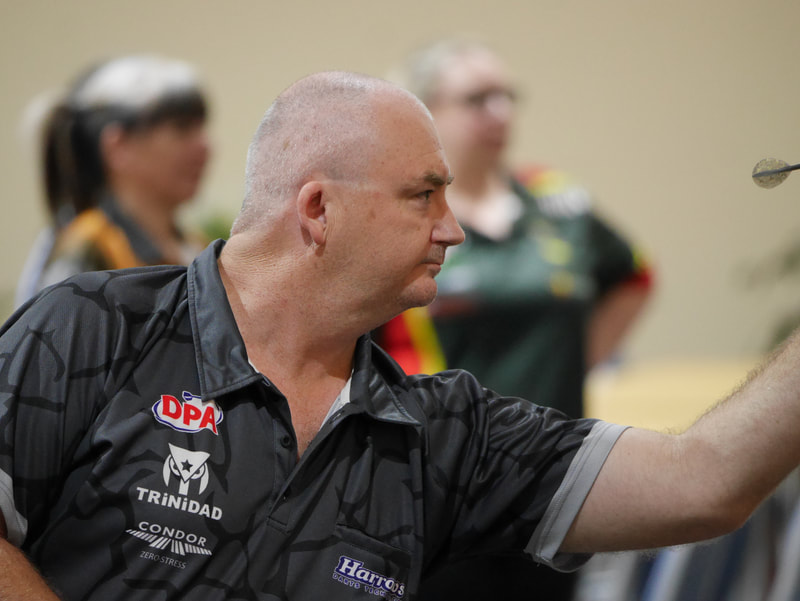 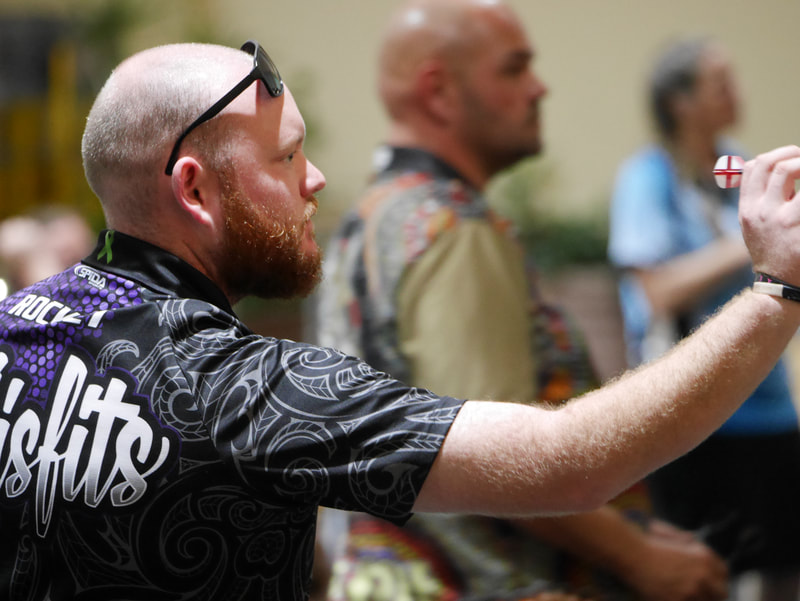 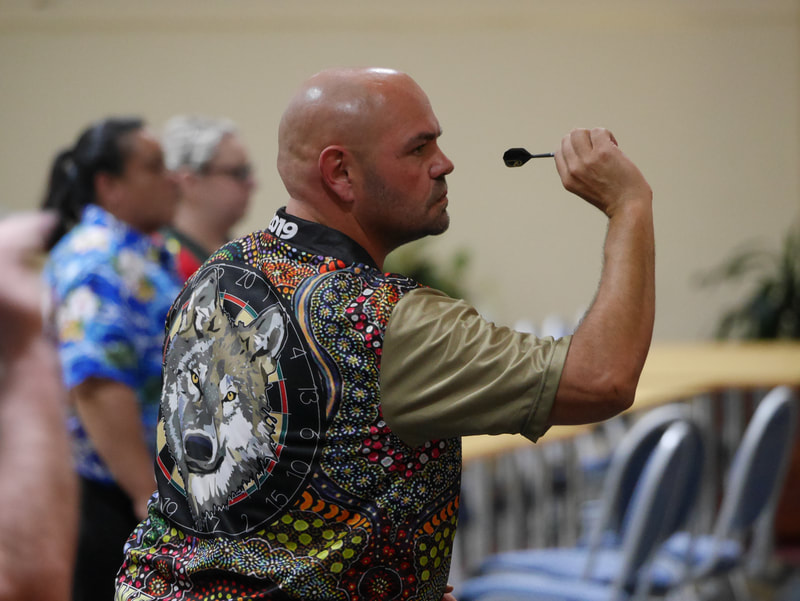 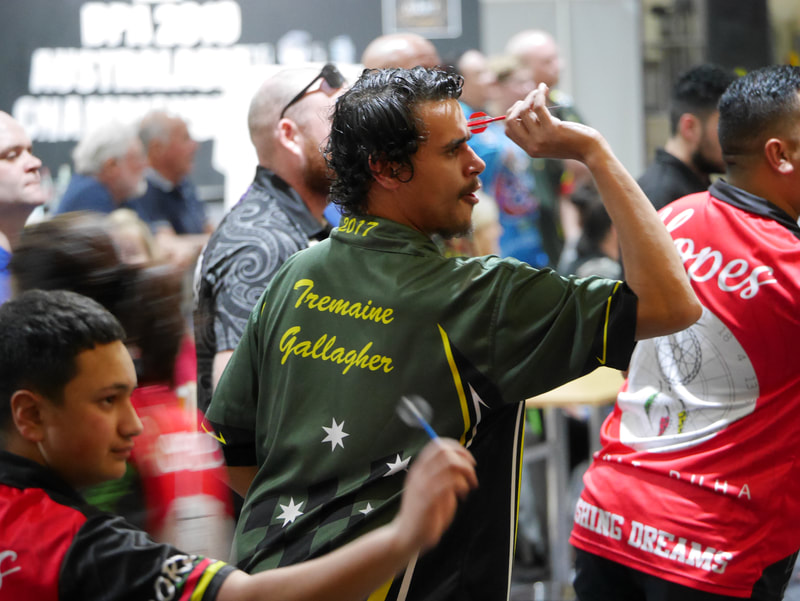 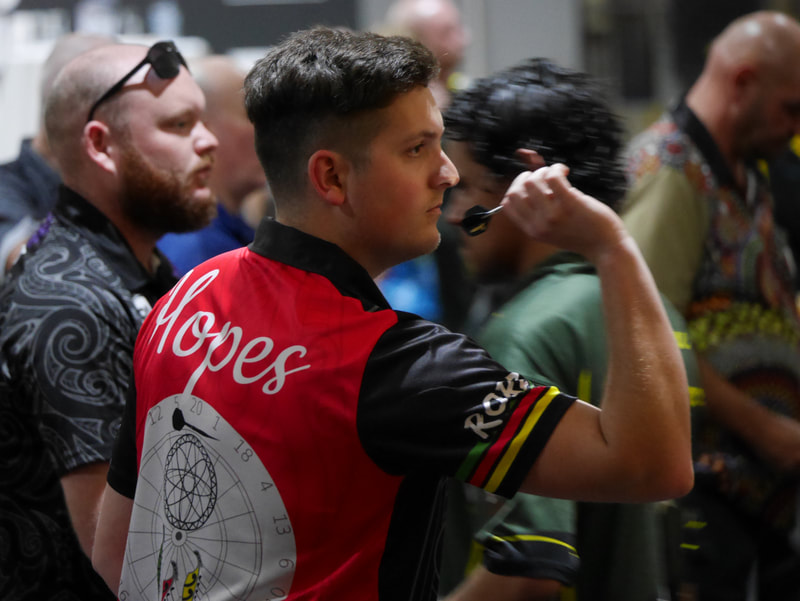 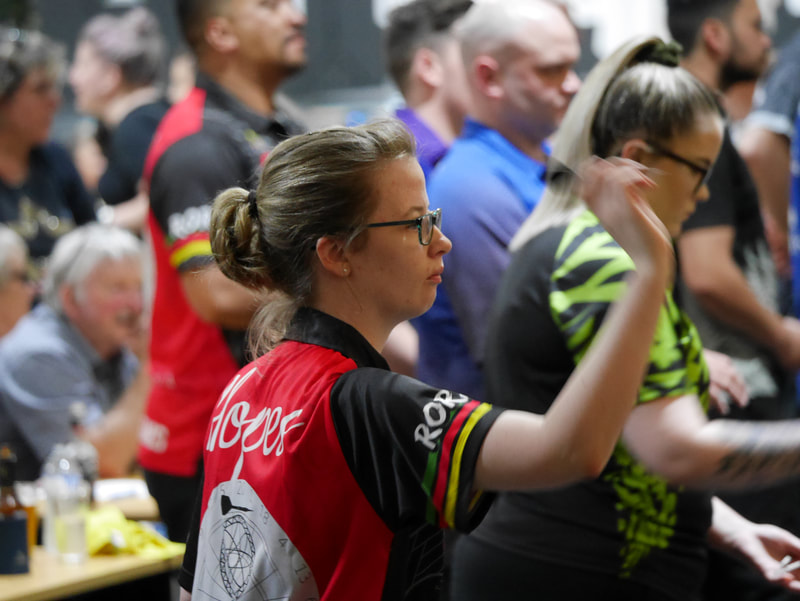 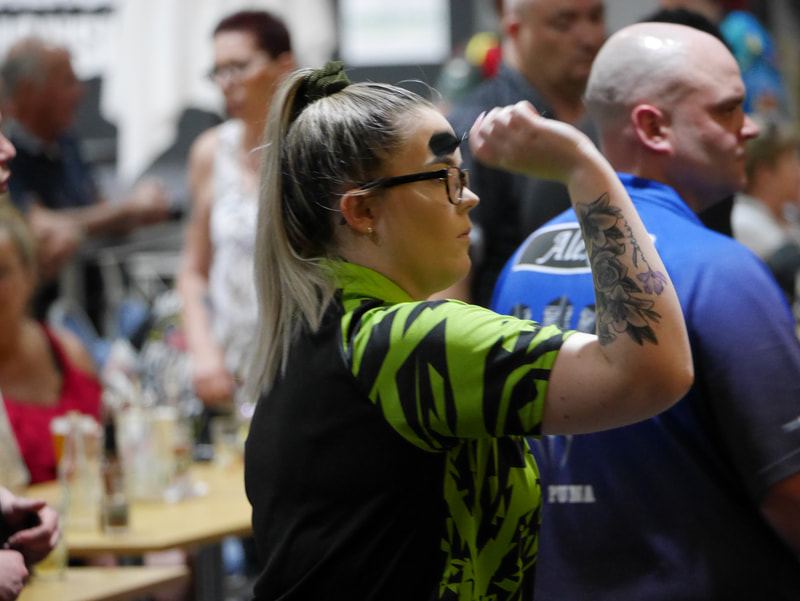 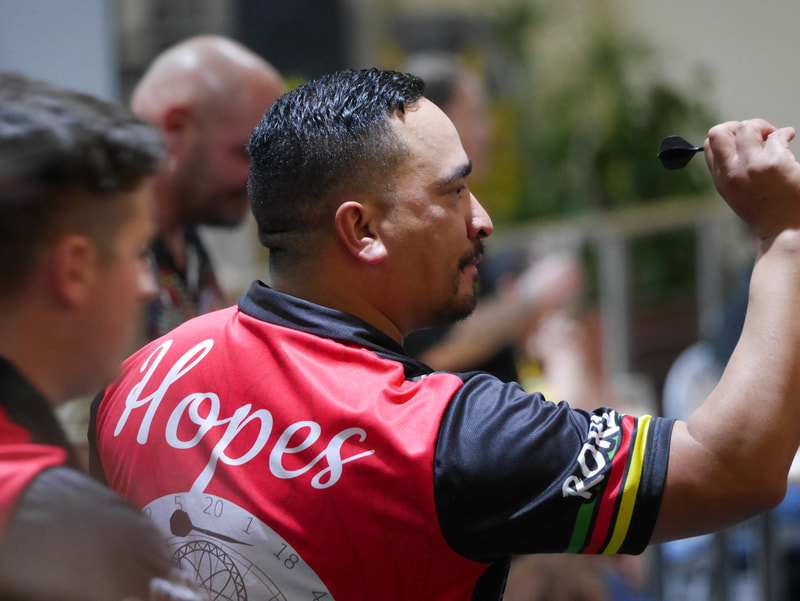 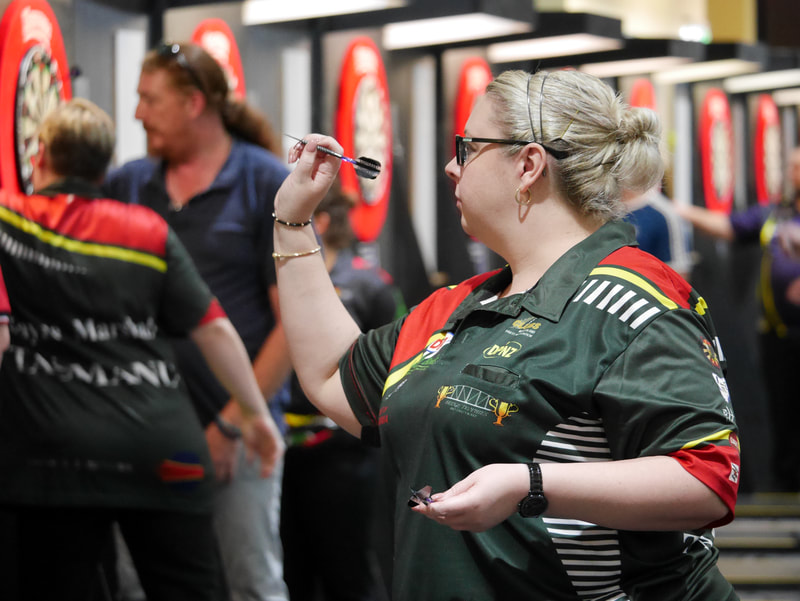 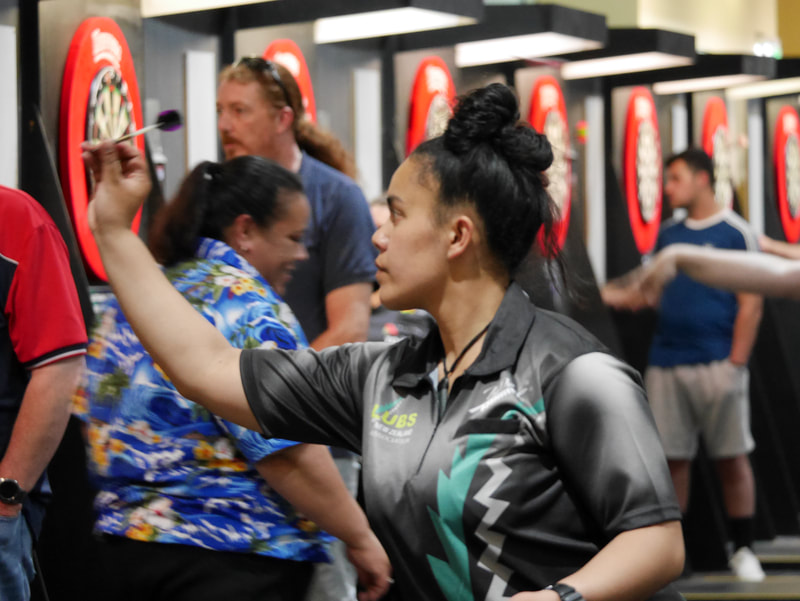 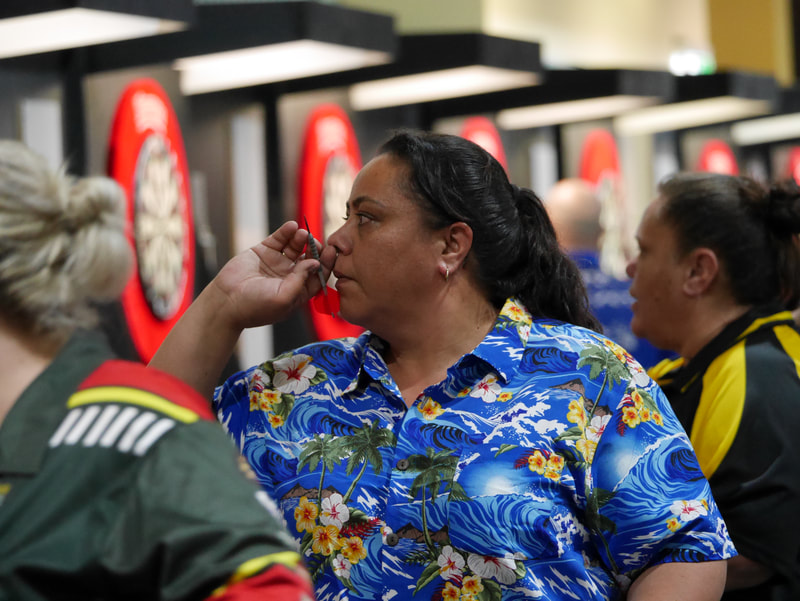 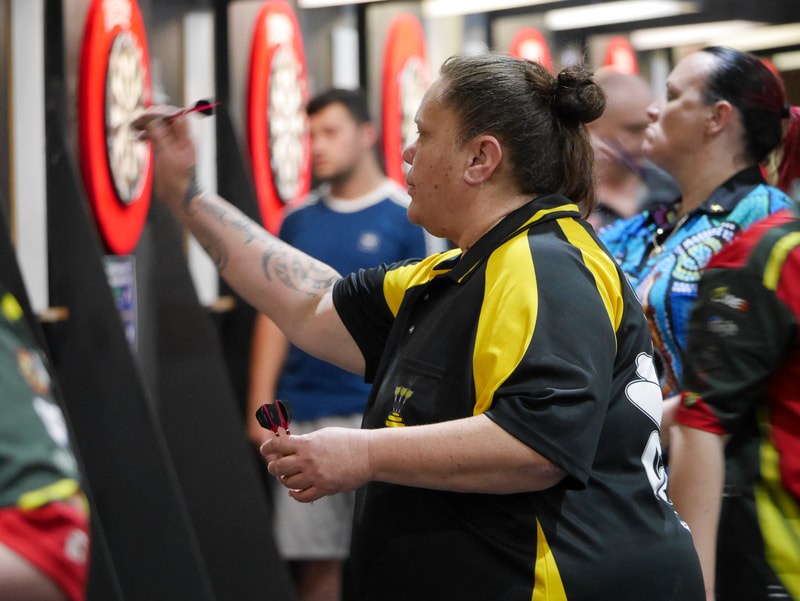 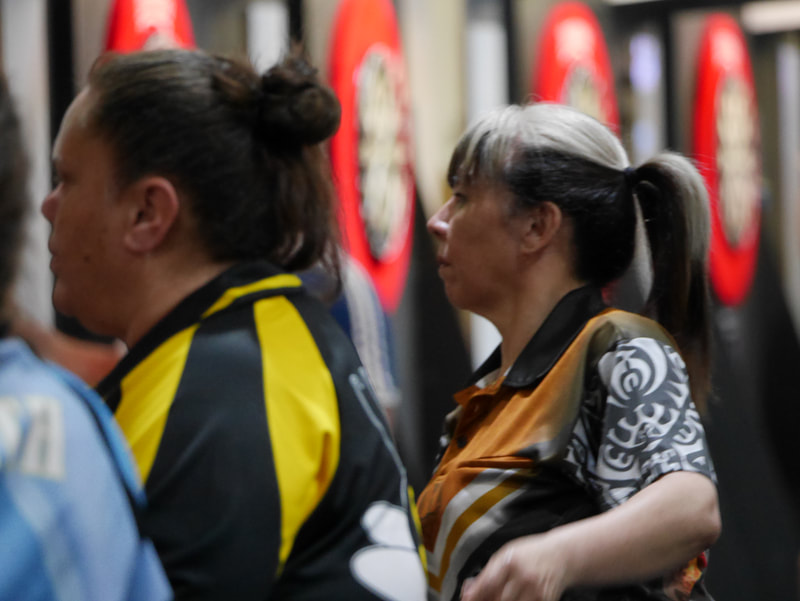 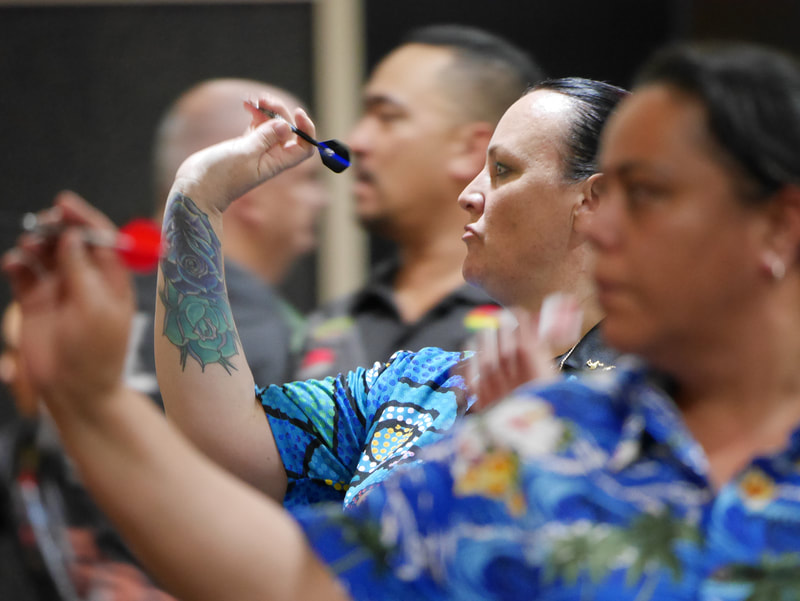 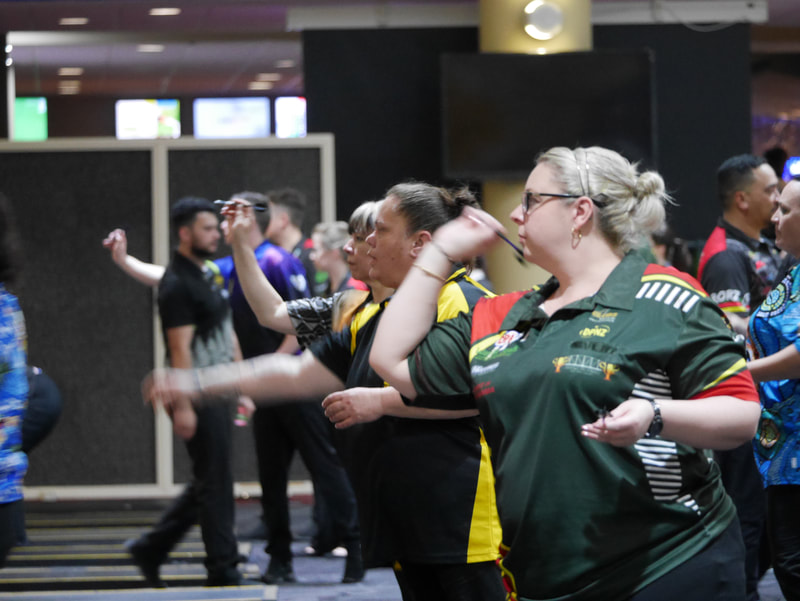 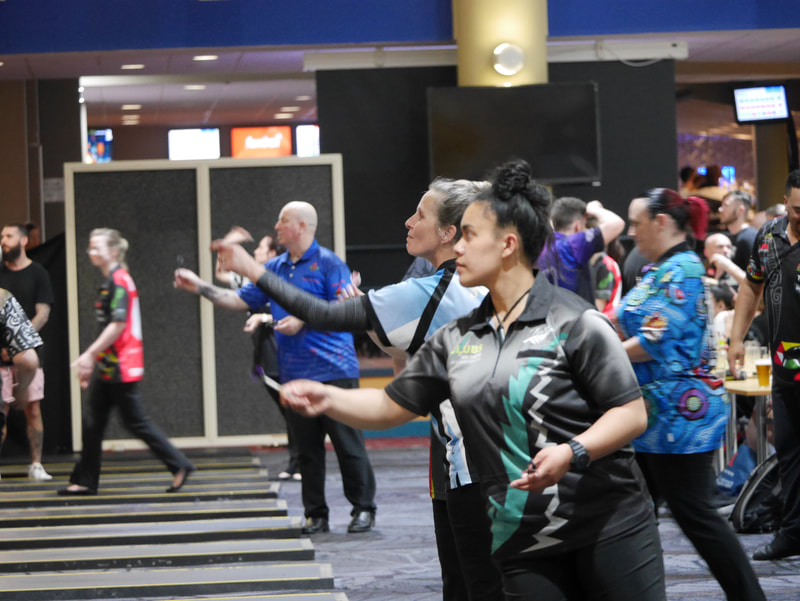