In New Zealand Bernie Smith qualified for the Hamilton Darts Masters with the former PDC World Championship player defeating another Ally Pally Kiwi representative in Ben Robb 7-6.
40 players participated in the qualifier at the Black Horse Hotel Christchurch with some big names eliminated along the way, including Darren Herewini and Haupai Puha, with the final eight matches taking the shape of Smith v Kayden Milne (which Smith won 5-2), AJ TeKira v Peter Eccles (TeKira winning 5-1), Hipi Tewhakaara v John Hurring (Tewkhakaara taking out a final leg decider to win 5-4) and Ben Robb v Stu Irwin (Robb walking away with a 5-2 win.)
The two semi finals were very different affairs with Robb securing a fairly comfortable 6-2 win. Robb started strongly with the first three legs. In the fourth both he and Tewhakaara started with 180s but Robb failed to take a leg for the first time in the match. Robb then took the next two legs to move to within one of the match. Tewhakaara held out in the seventh leg before Robb completed the job to win 6-2.
In contrast Smith and TeKira went to a deciding leg with Smith taking it to win 6-5. Aj Te Kira took the first two legs and then Bernie Smith took the next two legs. After eight legs the match was 4-4  and this was then turned to 5-5 before Smith won the deciding leg, and the match 6 legs to 5.
The final was another close affair and having already survived a deciding leg Smith got through another in the semi final it was the Kiwi veteran who took out the match and made it to the stage at Hamilton. Smith took the first leg out comfortably and despite strong throwing from Robb it was Smith who came away with leg two. Leg three saw maximums from each player and Robb taking the leg. Leg Four went to Smith (helped by a 140 and 125 visit) whilst leg five went to Robb. By the eleventh leg Robb was only one leg away from the title but Smith levelled things up at six legs all. In the final leg Robb threw 140, 180, 100, 46 but it would not be enough as Smith threw 140, 60, 121, 125 with Smith taking out 55 for the match.
After the match Smith was already looking forward. "It will be great to play in front of the big crowd in New Zealand. It is great to have over the weekend against sush a tough field. I wish all the qualfiers from Australia and New Zealand all the very best, I will see them on the telly and in Hamilton!" 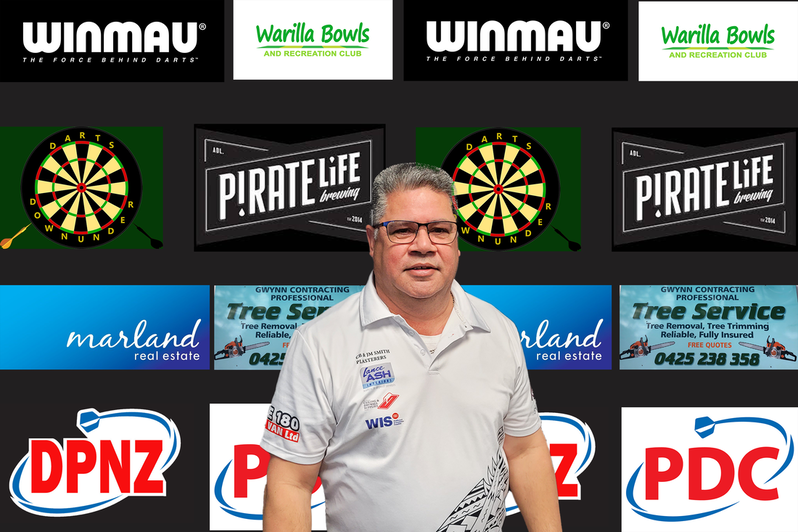 ​             22 year old Kayden Milne secured the final position in the New Zealand Darts Masters at the Black Horse Hotel in Christchurch on Sunday. Bernie Smith had already secured a spot on Saturday and with number 1 and 2 New Zealand players Ben Robb and Warren Parry already playing this final was last chance saloon.
The 32 entrants were slowly whittled down to the final four. The semi-finals saw Milne come from behind to defeat Landon Gardiner 6-4 and Haupai Puha defeat Max Dallimore 6-1.
Puha threw first and opened with a maximum but despite this it was Milne who took the led despite missing the bull. Two successive 140s gave Milne a healthy lead but a 180 from Puha and a follow up check out of 61 gave him the break to move the match to one leg all. Strong scoring from both players in the next leg culminated in a 74 check out to move Puha ahead 2-1. It was then Milne’s turn to hold throw before two visits of 100 and a 125 helped him set up a shot at 60, which he took to secure a 4-2 lead. Puha then scored 140, 100, 140 and 81 to leave him tops which he gratefully took to move within a leg of his opponent. He was soon level as a different variation of four visits (100, 100, 137 and 124) again left him on tops, which he again took. He then started the next leg solidly before faltering near the end and presenting his opponent with an unlikely shot at a break, one which Milne gladly took to lead 5-4. Milne then held throw to move to within a leg of the match and the big PDC World Series of Darts stage. Against the throw Milne opened with 135 and despite some nervous moments at the end of the leg he held strong to check out 10 and win the match by seven legs to four.
Milne was delighted post match, “I am absolutely over the moon about being on the stage in New Zealand. This is a dream come true and I can’t wait for it.” 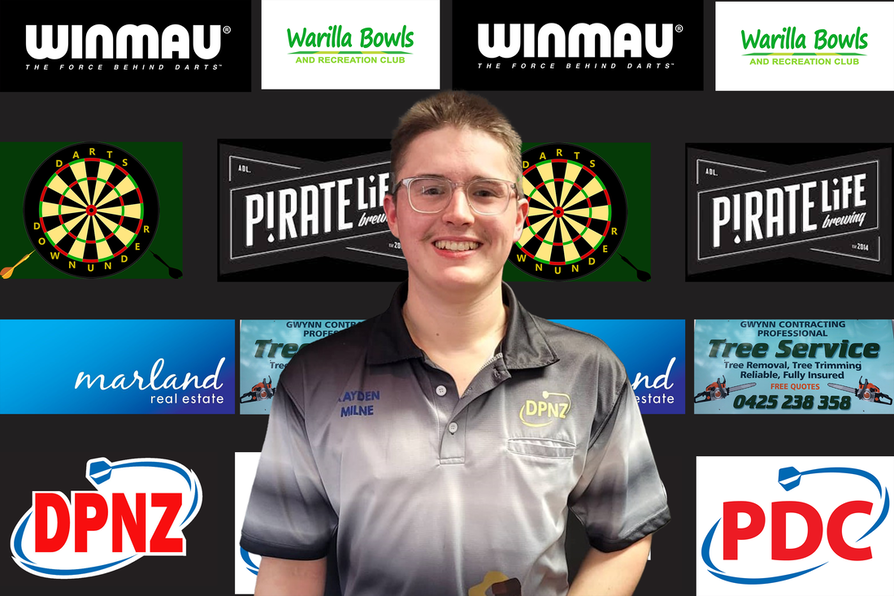