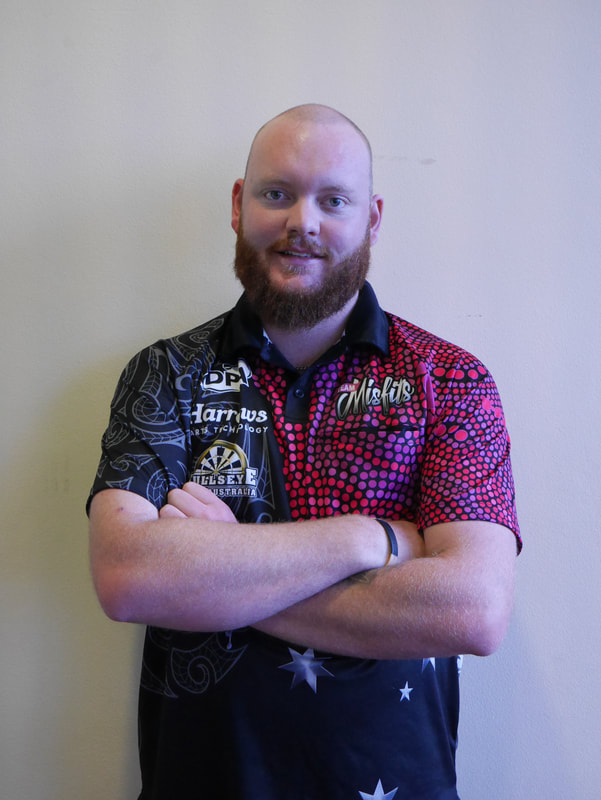 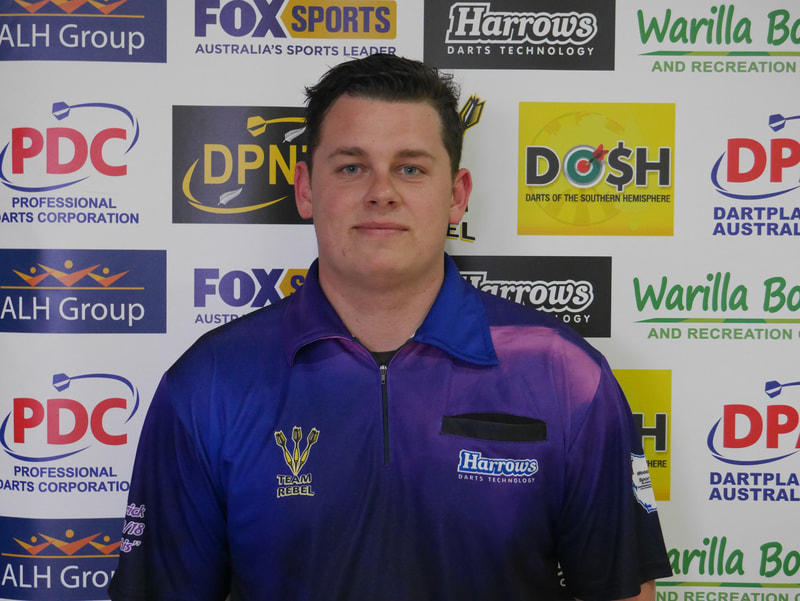 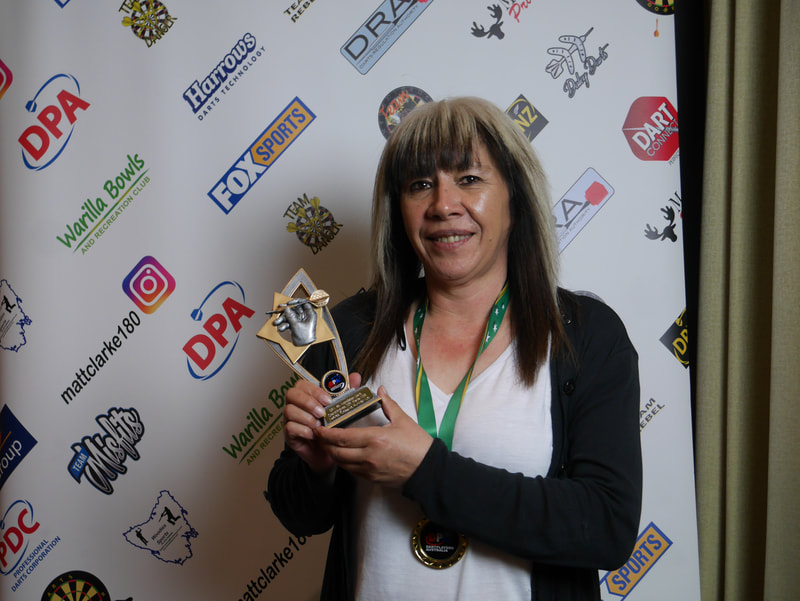 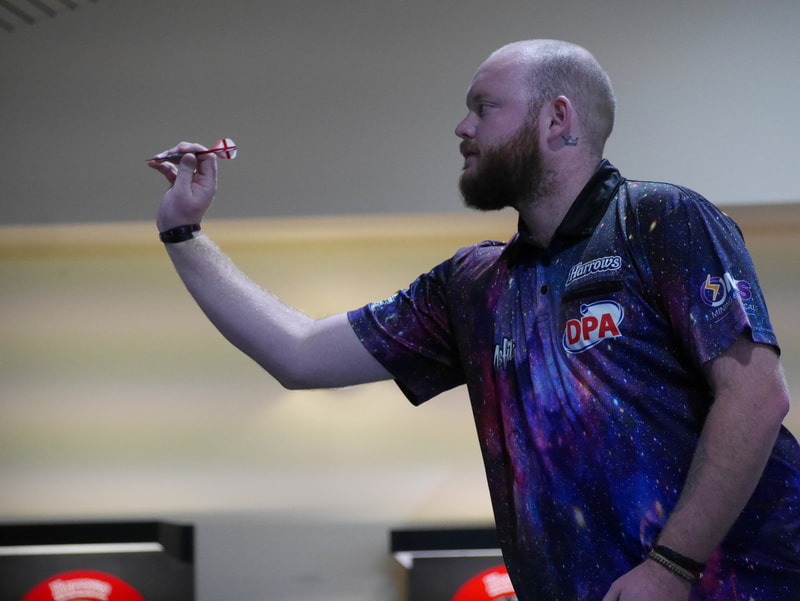 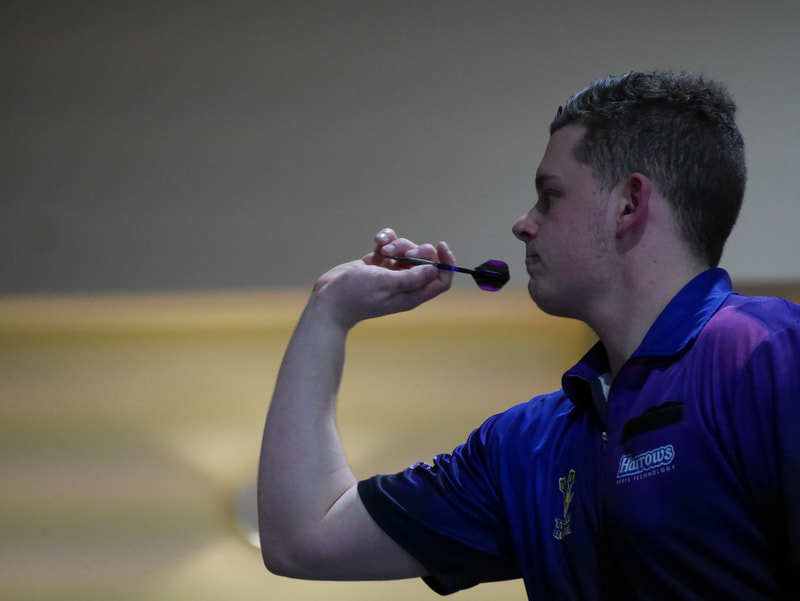 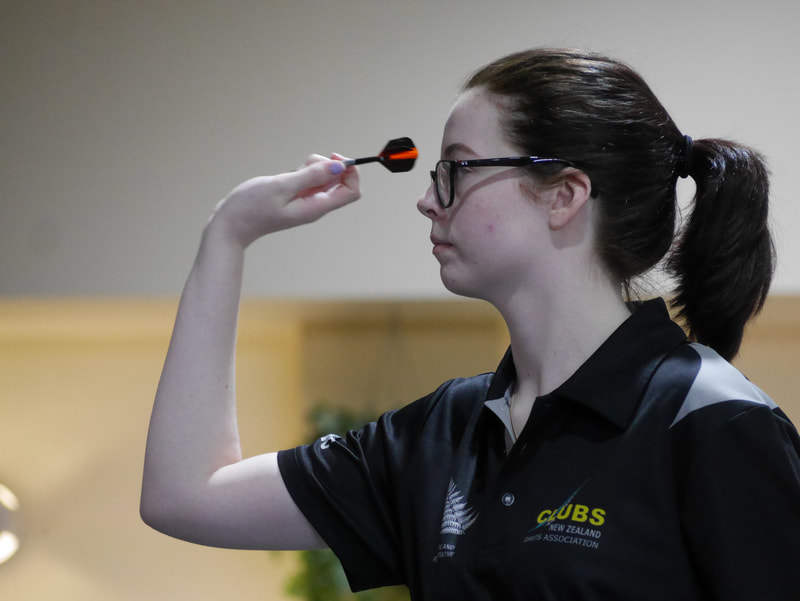 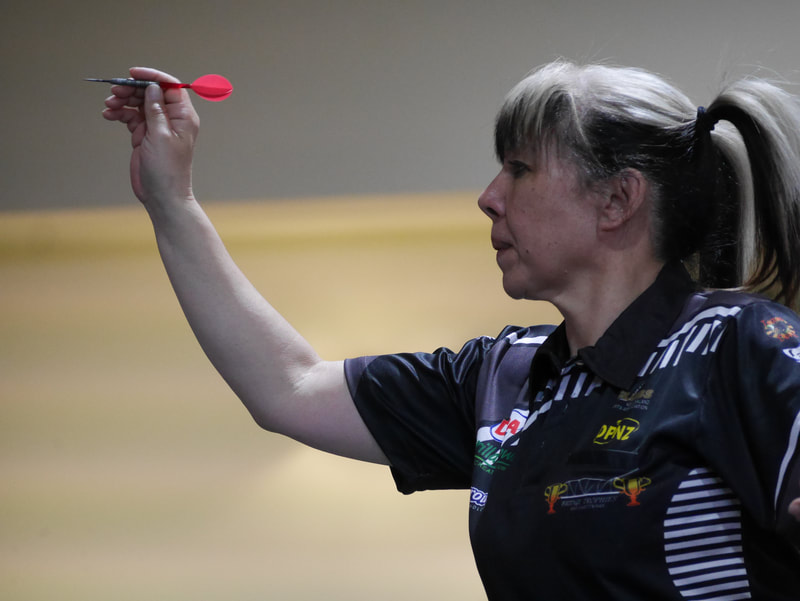 Darts Connect link to results
The Oceanic Masters were held on the final day of the DPA / DPNZ Australasian Championships at Warilla Bowls and Recreation club. 97 men and 60 women lined up to face up for the titles, demonstrating the regard with which the competition is held.

In the Mens final (best of five legs as opposed to set play the two had both had to come through to make it to the culmination of the event) two of the younger stars of Australian darts played out a quality match.  Steve Fitzpatrick won the all important bull, so vital in such a short format as best of five legs. He did not capitalise on it though and Robbie King pounced with early visits of 121 and 180. Despite some nerves getting down from 159 King was able to hold on to take the first leg against the throw.

Fitzpatrick had to break back straight away, and with consecutive visits of 136, 137 and 100 through the middle of the leg, he was able to do so in fifteen darts. Again he could not put out a big number on his first visit to the oche on his own throw and King punished him with a 121 start, his second of the match. King took his time securing the one hundred left for him after nine darts and Fitzpatrick missed the first dart chasing a 128 check out although he managed to leave himself a double two check out if he got to the oche again. Two darts later though and he was a break down once more as King secured twenty and then tops to lead 2-1.
A leg away from the win King opened with a 140 and eventually left himself 24 for the match with his opponent well behind. Fitzpatrick could not convert 164 and at the next visit King secured the dart that made him 2019 Oceanic Mens Champion and PDC World Championship entrant.

King was ecstatic with the win afterwards and his multiple experiences at the PDC World Youth Championships and debut on the World Series of Darts stage this year, as well as being a key element of the 2018 Prodarts tour with Phil Taylor will hold him in good stead for the Worlds at the Ally Pally in December.

In the Ladies final (a different format to the mens in that it stayed as set play for the culmination) two New Zealand ladies demonstrated the strength and depth of the female game across the ditch. Nicole Regnaud and Desi Mercer faced off for the chance to be crowned Ladies Oceanic Master. Regnaud won the bull and therefore had the advantage of throwing first. A 140 mid first leg seemed to give her the upper hand but nerves trying to convert 32 gave Mercer the chance to pounce and given the chance to hit 32 herself Mercer took it to take the first leg. Mercer then looked to hold throw and opened with the first maximum of the match only for Regnaud to hit 140. A follow up 177 two visits later put Regnaud well in front and although she failed to get 32 at the first attempt Regnaud was let off the hook by Mercer who failed to convert 10, and at the second attempt Regnaud had broken straight back. In leg three a 140 second visit from Regnaud gave her a great chance to hold throw and with Mercer standing behind her requiring double 18 for the match Regnaud threw  to convert 88 and win the match in sensational style.

The second set saw both players hold throw initially before Mercer missed multiple shots at tops for the leg and Regnaud, also after multiple attempts, was able to secure 12 to move two sets up. The third set saw Mercer break Regnaud straight up as she tried to stay in the match. Her opponent returned the favour as Mercer missed more chances at tops for the leg and the set. A 140 visit through the middle of the next leg saw Regnaud move in front slightly and a double 20 soon gave Regnaud the match by three sets to nil and the title of Ladies Oceanic Masters Champion, a worthy champion who had not lost a set all day in any of her matches.