MvG has won 20 of the 27 matches at the PDC between these two. There has been one draw in the 2018 Premier League. MvG last won a title in Australia in 2016 (in Perth.) MvG has made 7 world series finals down under previously and won two whilst this is Gurney’s first final in World Series downunder events. Gurney won their last match in the Brisbane Darts Masters last week.

Mvg leads this head to head record by 56 wins, 2 draws and 16 losses. Wright is looking to defend his title by preventing MvG from making a Melbourne final for the first time. Wright is 2 from 2 at semis in Melbourne, including beating van Gerwen 11-7 last year at this stage.

They have only played each other 12 times and Cross leads the way 8-4. Gurney has lost to him the last four times in a row, and 5 out of 6 this year. Gurney lost in the semi finals two years ago at Melbourne whilst Cross has never made a semi in this tournament.

Peter Wright v Raymond van Barneveld
Defending Melbourne champion Peter Wright has a 13 win 4 draw and 11 loss record against Raymond van Barneveld. Wright has never lost a quarter final in Melbourne, in fact he has made both finals. The last time Barney beat Wright was in March 2018 in last year’s Premier League. Barney has only made one quarter final in Melbourne, last year, which he lost 10 – 4 to Peter Wright. Wright will be looking to make up for last night whilst Barney will be looking for last night to happen all over again.

Michael van Gerwen v Gary Anderson
Michael van Gerwen wins every second game against Gary Anderson. Their record stands at 37 win 2 draws and 18 losses and Anderson has only won three of the last ten. This is their first match up in 2019 as Anderson stepped away from the Premier League. Van Gerwen has won his only quarter final in Melbourne whilst Anderson has won one and lost one. Surprisingly for players of this calibre neither have made the final in Melbourne.

Rob Cross v Damon Heta
Rob Cross will be looking to get revenge after the final in Brisbane. It was their first time of meeting. Cross lost at this stage last year whilst this is the first time that Heta has played this tournament.

Daryl Gurney v Simon Whitlock
Daryl Gurney has a clear record against Simon Whitlock with 12 wins 3 draws and 1 loss. Whitlock won their last match, however, in last year’s World Series of Darts finals. Whitlock has won one and lost one quarter final whilst Gurney is undefeated at this stage of the tournament.

Simon Whitlock v Mick Lacey
Simon Whitlock will go into this match as a firm favourite but Mick Lacey has been in good form in events all over Australia and the man from Team Rebel will certainly not be intimidated by the atmosphere. Whitlock will be quietly disappointed not to have won the event in Brisbane (although he still gave all the credit to Damon Heta in their match) and will be keen to make his mark in Melbourne. Last year he lost out to Michael van Gerwen in the second round but this year he is on the other side of the draw and will be looking to make the most of his chances. For Lacey he has nothing to lose and is in good form of late and is a man who knows how to take a chance if presented one.

Raymond van Barneveld v Haupai Puha
So this match was less close than many, including me, thought it would be in Brisbane, but will Puha make the same mistakes again though here? Puha has not won an opening round match yet in the World Series but he certainly has the talent. Barney’s losses in the opening rounds downunder are still only to Australians. In Melbourne Barney has lost won and one won, he will want the record books to have him finish that ledger in the positive.

Daryl Gurney v Kyle Anderson
Anderson has already taken down a player on the PDC side of the draw but needs to put the Whitlock loss behind him. This is a great opportunity so soon after it. Gurney played well in Brisbane so it wont be an easy task. Head to head Gurney holds a 3-1 lead with the last match being in the German Darts Grand Prix when Gurney progressed past Anderson in the last 32 by six legs to four. The only time Anderson has beaten Gurney on the big PDC stage is at the players championships in April 2016 (6-3.) this is Gurney’s first appearance in the Melbourne Darts Masters whilst last year Kyle Anderson was on the PDC side of the draw and lost to good mate and Brisbane hero Damon Heta.

Gary Anderson v James Bailey
James Bailey knows how to make it tough in a draw. Three World Series of Darts tournaments, every draw against a former World Champion! This is actually a rematch from Melbourne last year which Gary won 6-2. However a lot has happened to James Bailey since that match and his game has been refined at the World Championships and Q School and beyond. He was proud of his effort in Brisbane but gutted to be ahead and lose to Rob Cross and not have a shot at 76 for the match as Cross checked out 110. Against Anderson Bailey will have to take any chances presented to him. He dismissed Corey Cadby in the first round last week and will be looking to take out another Aussie in round one this time.

Peter Wright v Corey Cadby
Peter Wright and Corey Cadby have played each other twice before in this competition. In Perth 2016 Wright comprehensively beat Cadby. As is always his way Cadby came back stronger and in Auckland the following year he defeated Snakebite. Wright then beat Cadby in November that year at the Grand Slam of Darts. Both players lost in the opening round in Brisbane so will be looking to go deeper in Melbourne. Cadby has a 1-1 record at this stage in Melbourne, whilst Wright goes 2-0 into this third edition of the Melbourne Darts Masters when it comes to opening round fixtures.

James Wade v Damon Heta
Having taken on four of the PDC players in Brisbane it was a 1 in 2 chance that Damon would have a rematch. That he takes on the man who he beat in the corresponding round in Brisbane makes it interesting to us but perhaps not to each of them. It is a new tournament and Wade will not be flustered by who he takes on, the defeat from last time unlikely to bother him this time around. For Heta it will be difficult to come back down to earth and a mark of where he is as a player will be how well he plays in this match, no matter the result.

Michael van Gerwen v Tim Pusey
MvG made his first appearance in Melbourne in 2018, where he won the opening round before eventually losing to Peter Wright in the round of eight. Tim Pusey made his debut for Melbourne in the same year, losing to Michael Smith in his opening match. He is yet to win a first round match whilst his opponent has only every lost one – famously to Warren Parry in Sydney in 2014.

Rob Cross v Robbie King
Cross is on good form, having made the final last week, and wont want to come away from Australia without a tournament win this year having come so close in Brisbane. King can take comfort knowing the James Bailey came so close to eliminating Cross in the opening round last week so on his game King has a chance. It may be his first World Series of Darts but King has grown up playing in the World Youth Championships so should not be overwhelmed by the distractions that can occur at such an event. 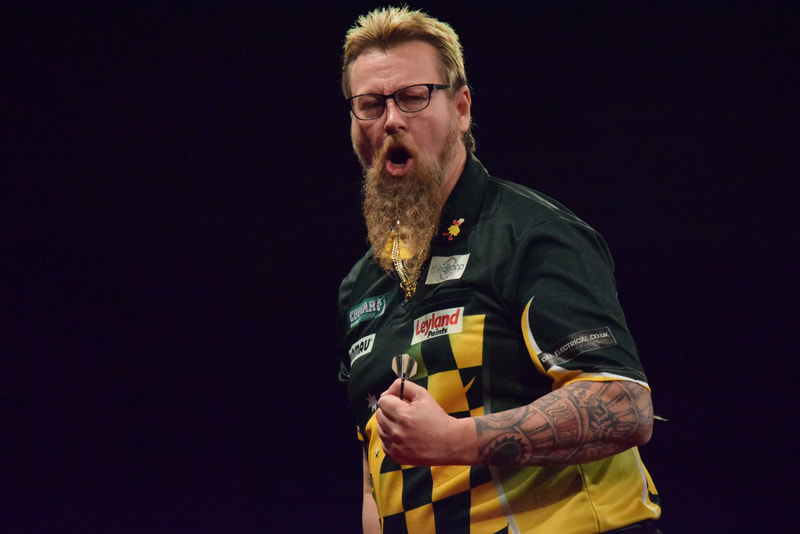 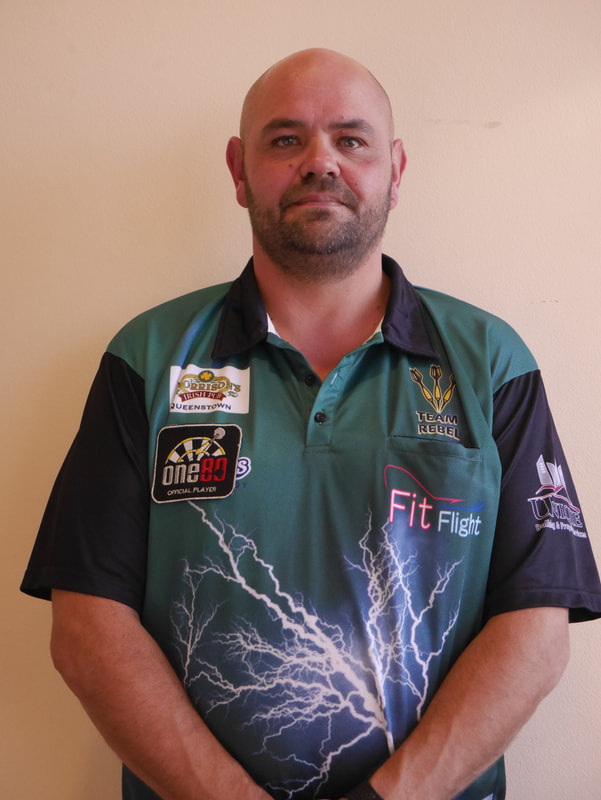 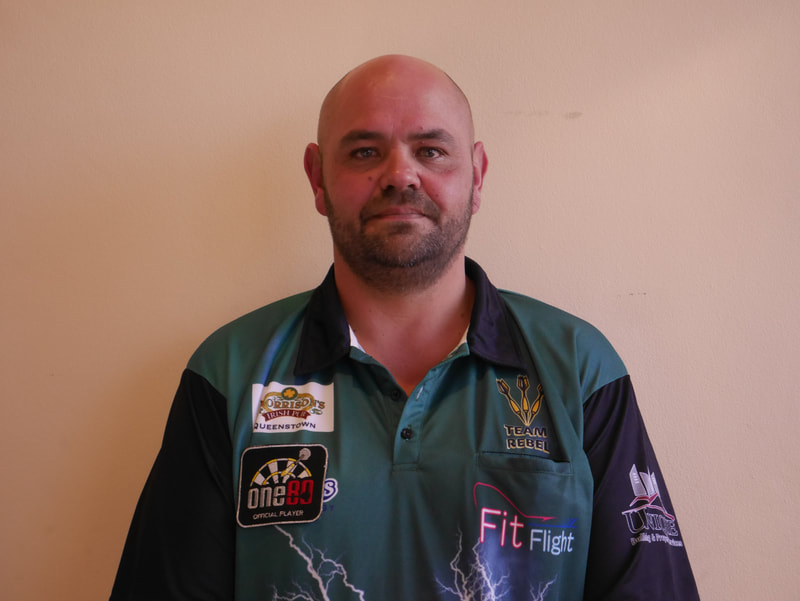 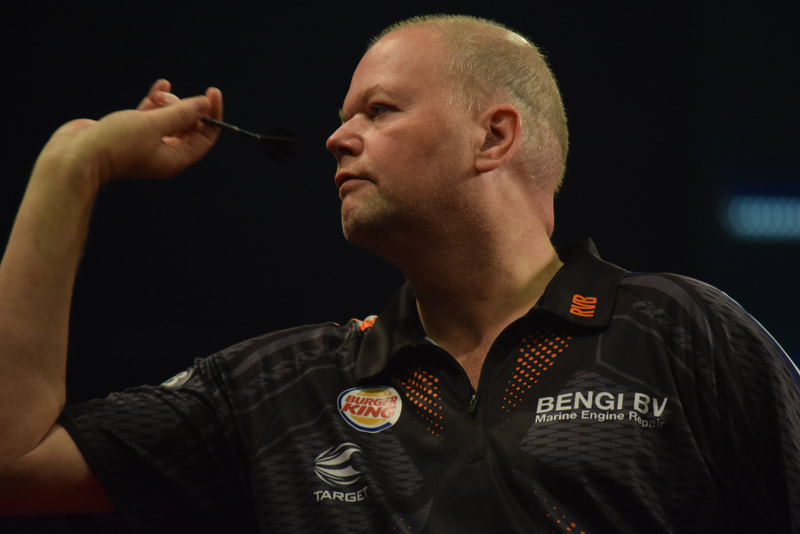 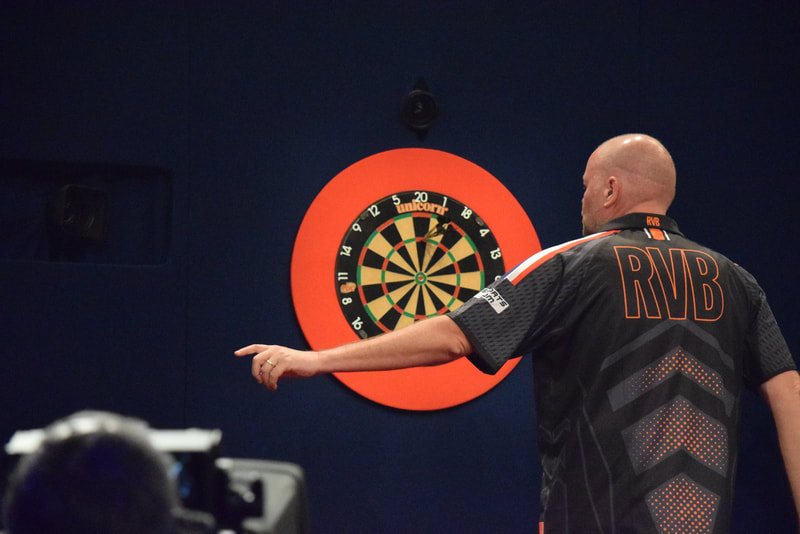 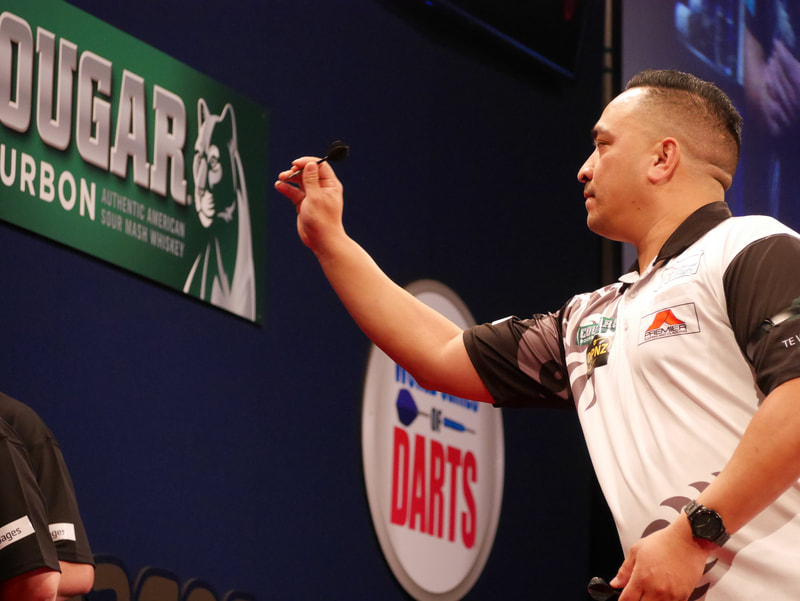 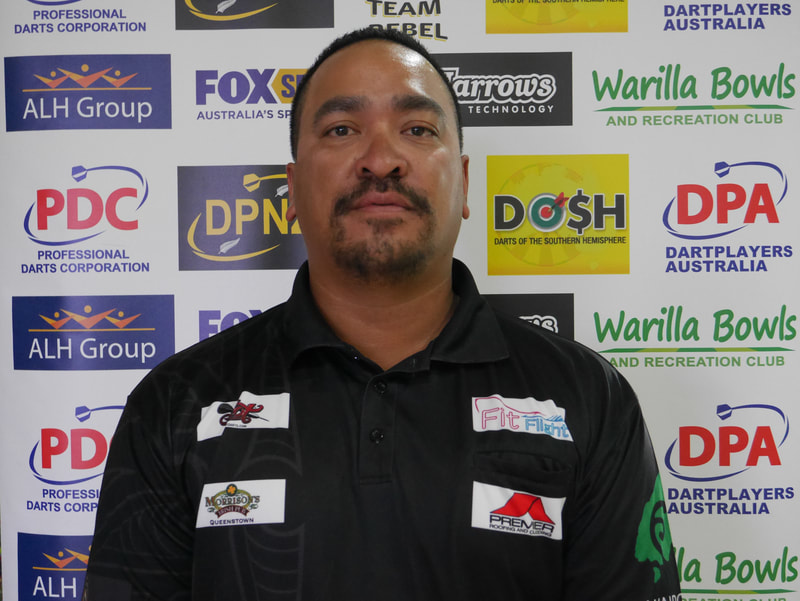 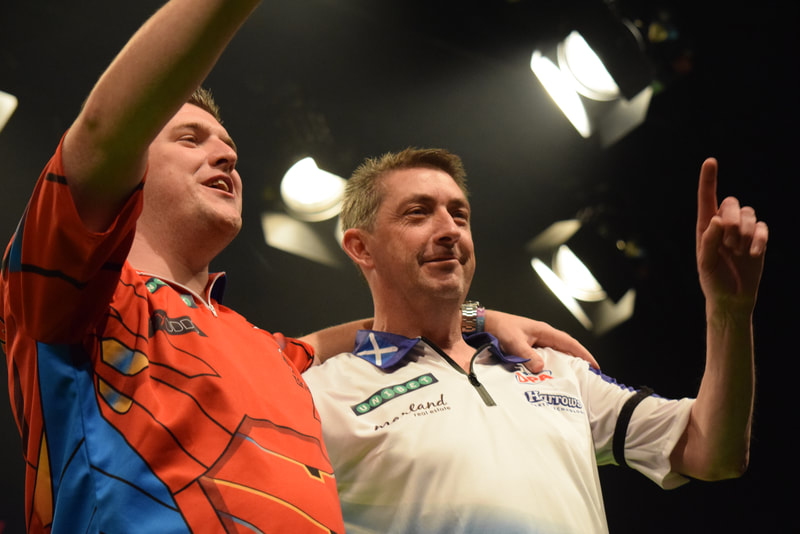 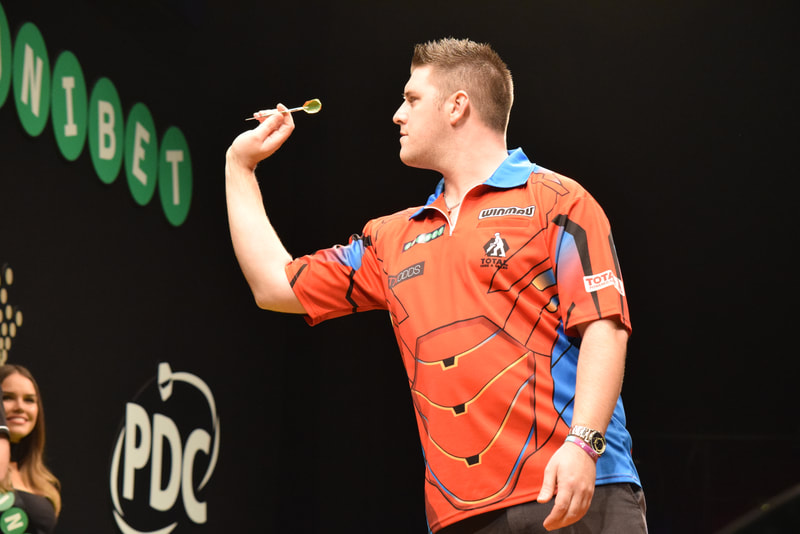 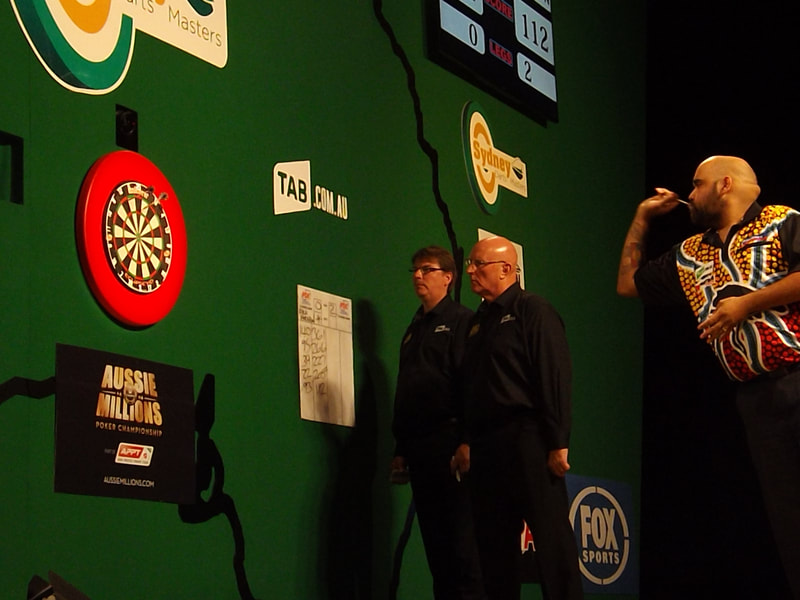 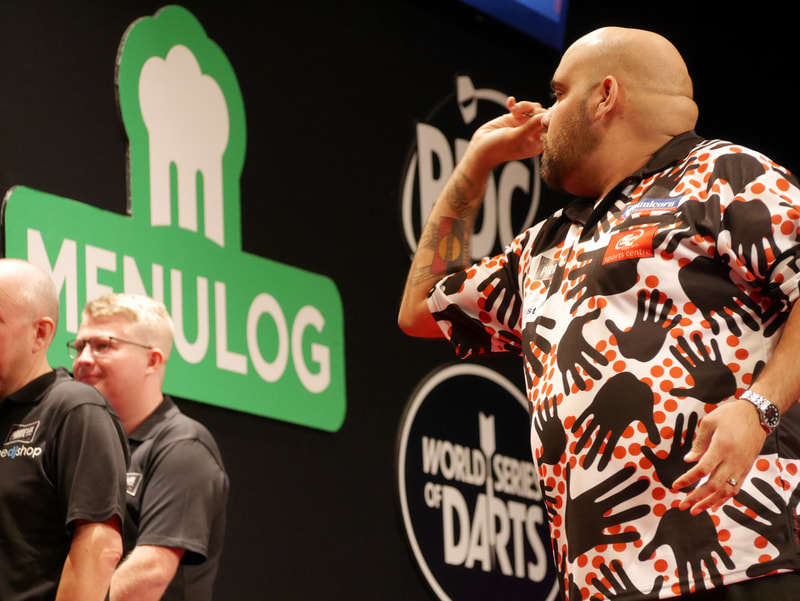 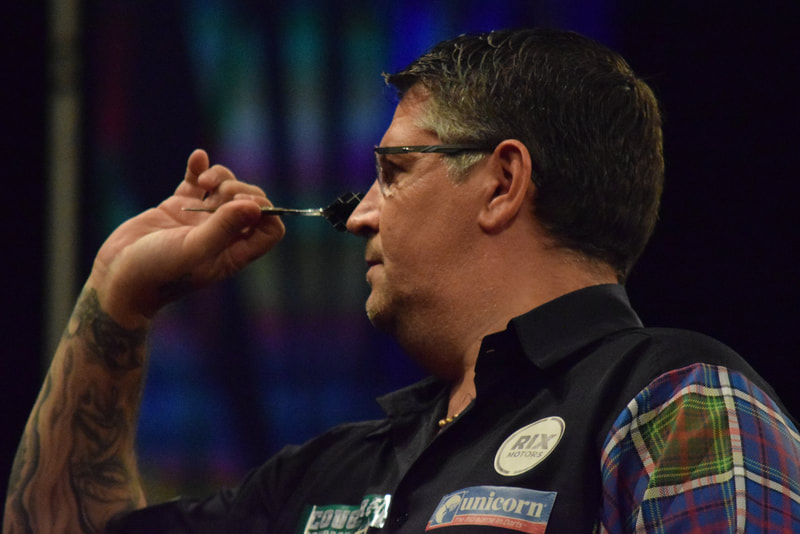 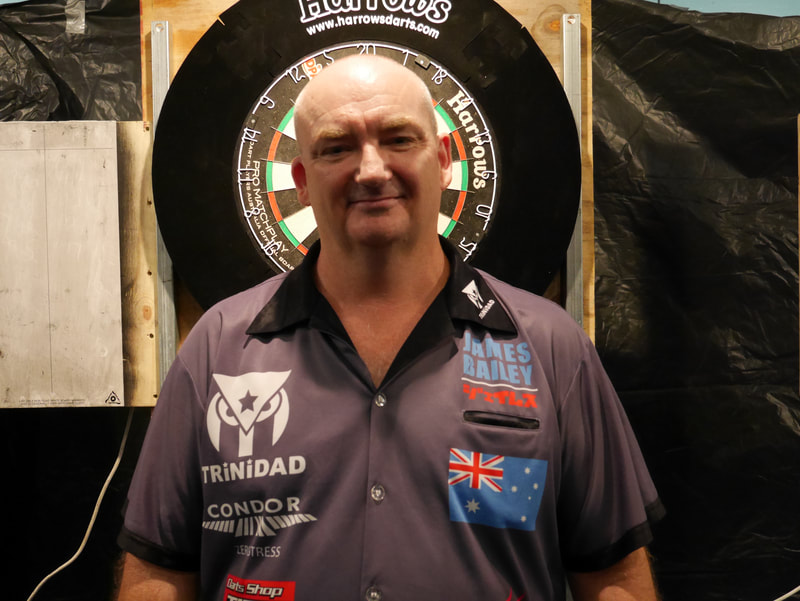 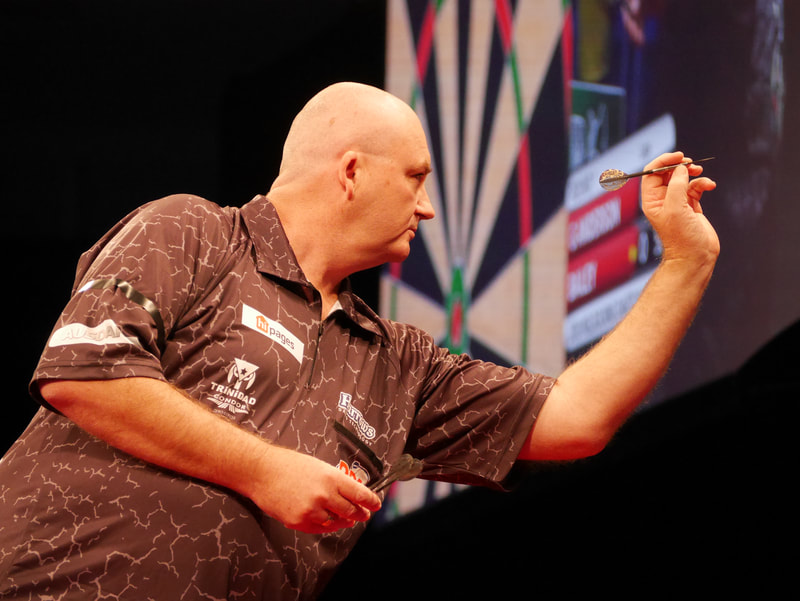 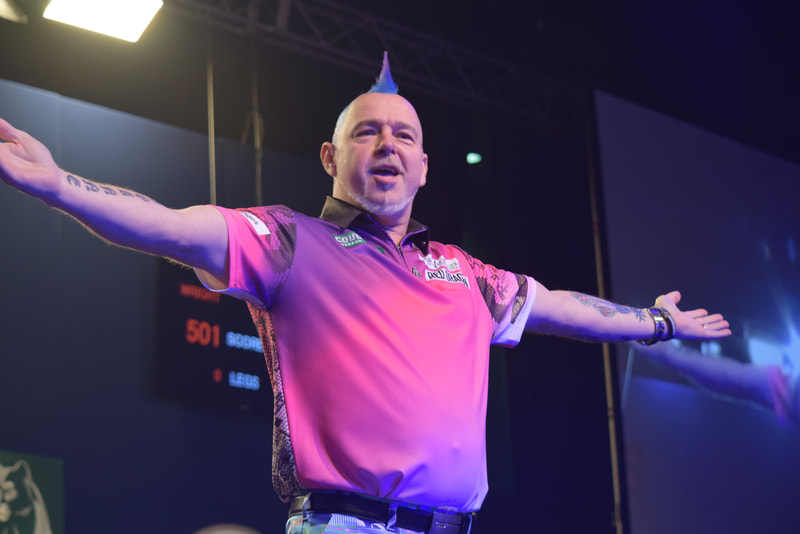 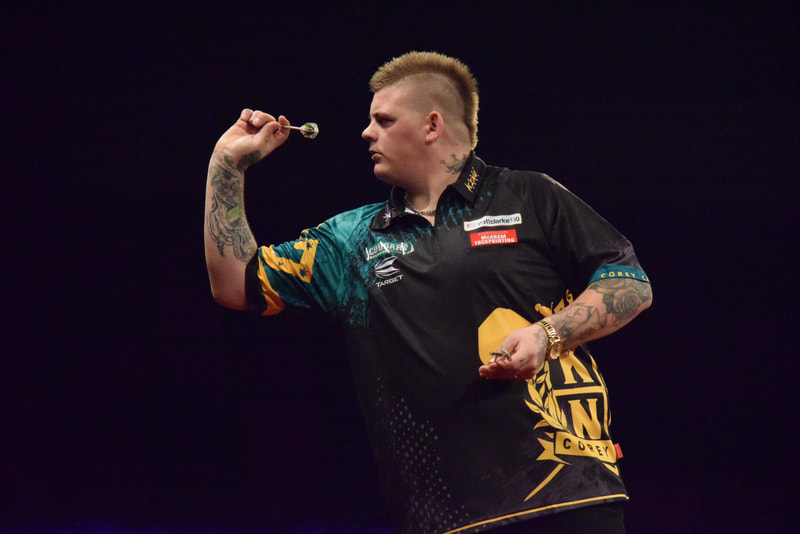 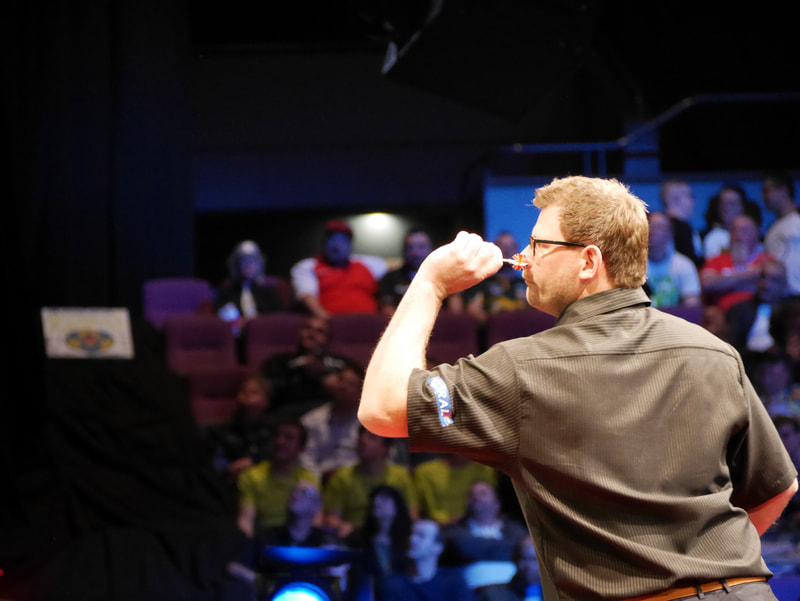 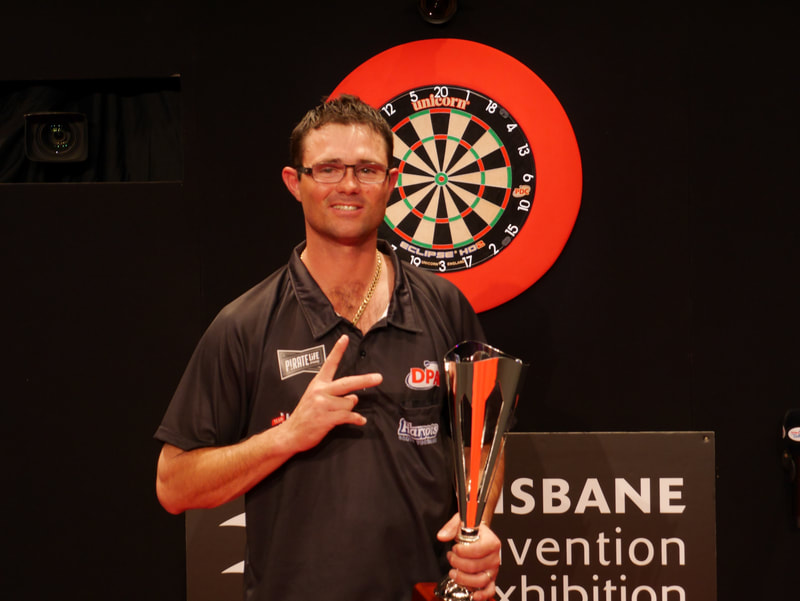 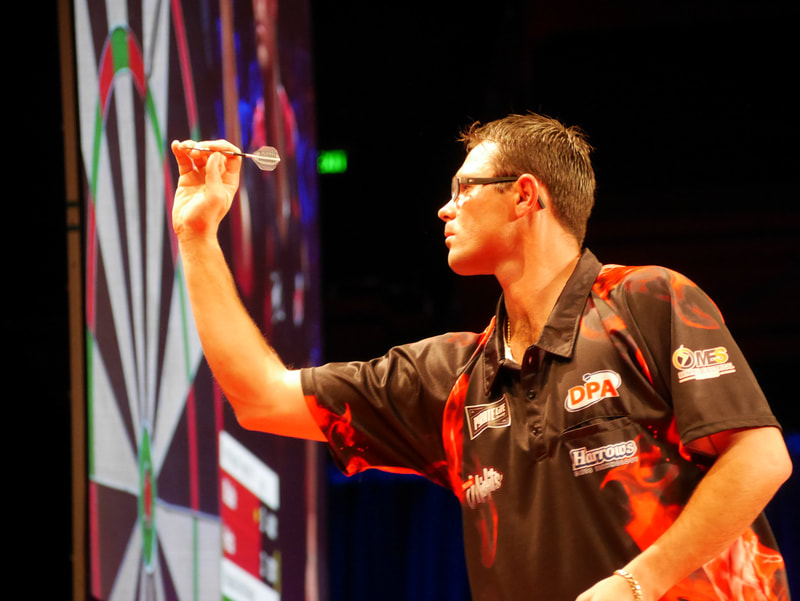 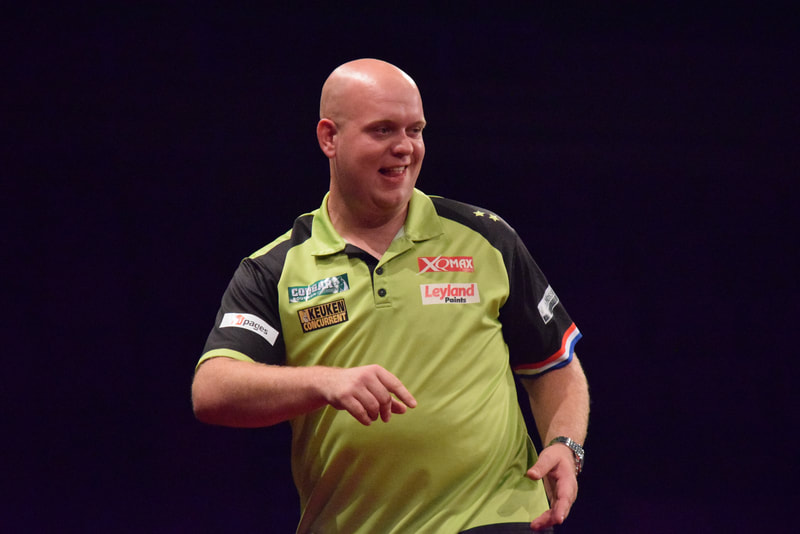 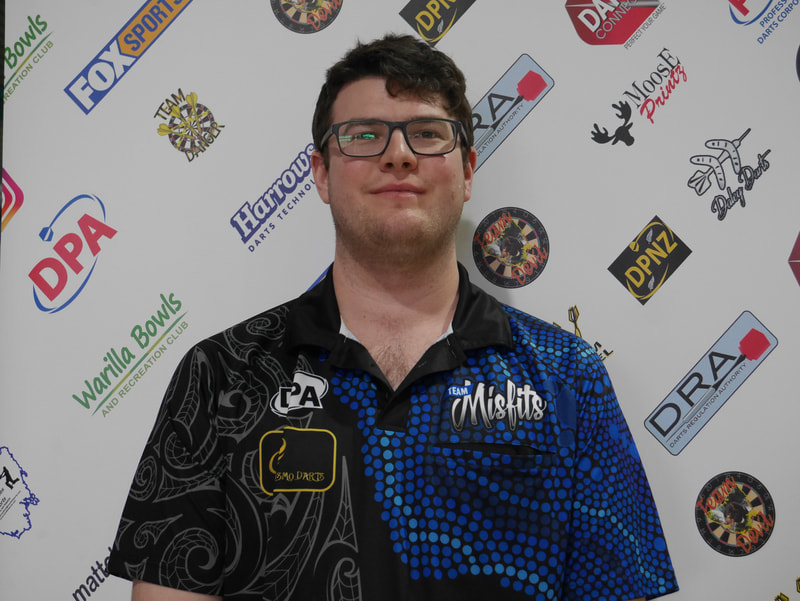 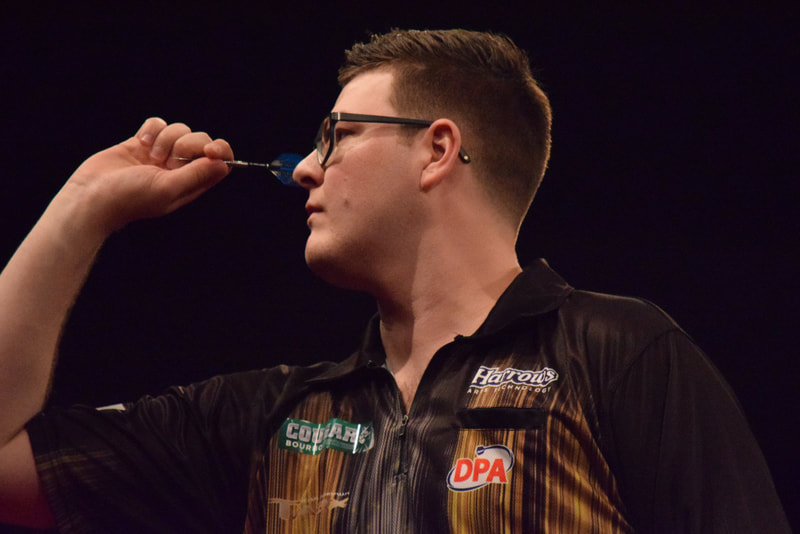 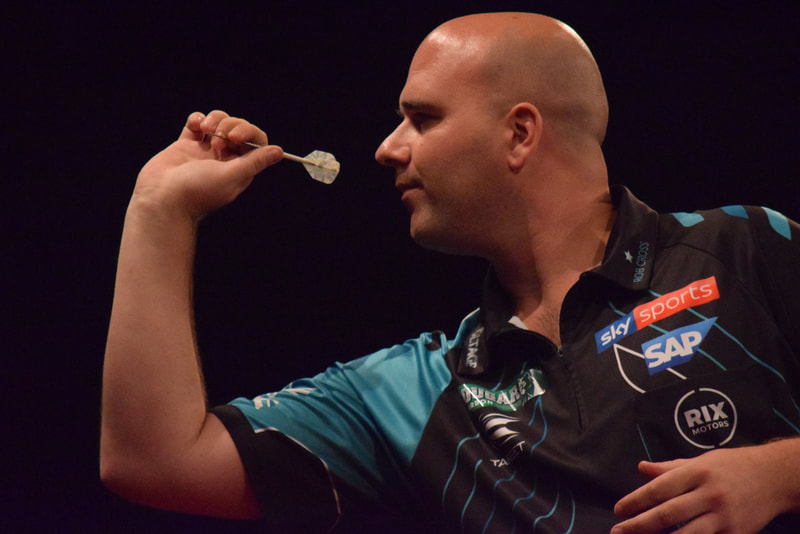 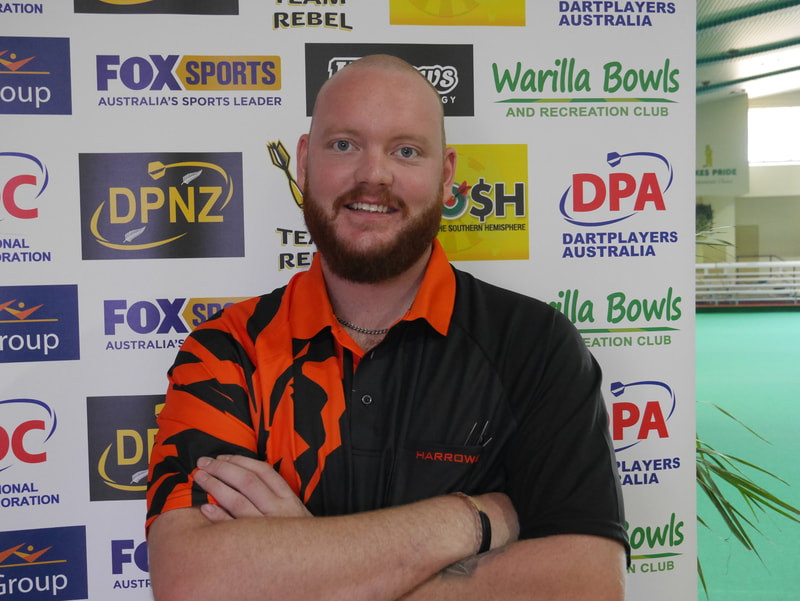 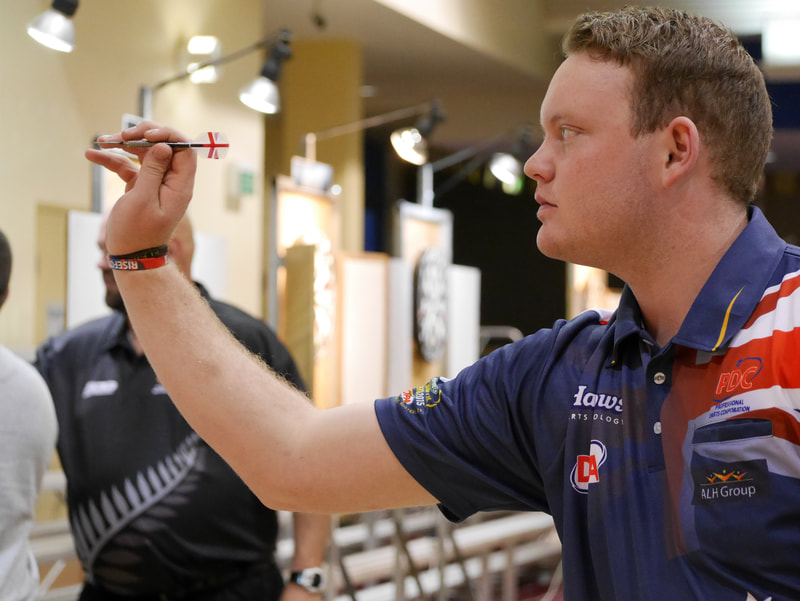